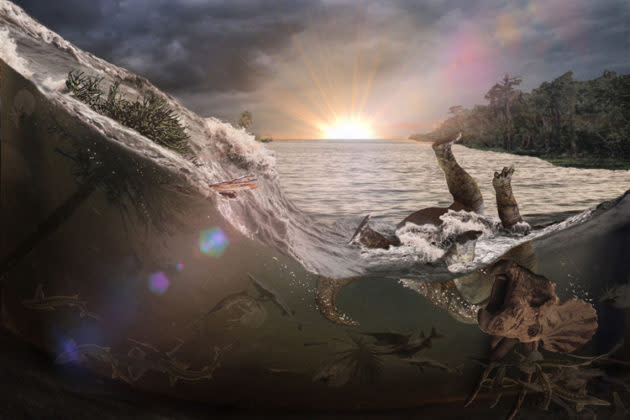 First, there was a strong shock. Then there was a roar of the 30-meter-long wave of water that casts fish on the sandy strip in the present North Dakota. Then there was a hail of molten rock that encircled dying fish and dying earthly creatures. Then the fires started.

The research team behind the discovery is headed by Robert DePalma, curator of paleontology at the Natural History Museum in Florida and a PhD student at the University of Kansas. Deppalma has been studying the site of Tanis since 2013 and says it sheds light on the chain of events that created the famous geological and biological dividing line known as the Creta-Paleogene border, the Cretaceous Tertiary border or simply the K-Pg or KT boundary.