Scorned British Tabloids to Harry and Meghan: Show Us Your Baby! 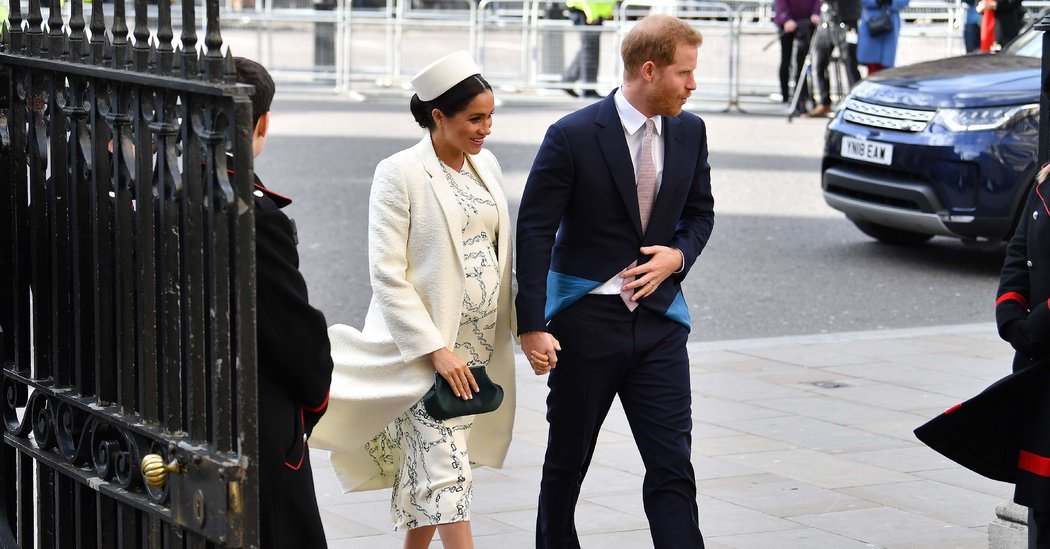 LONDON – Of the various press rituals surrounding the British royal family, few are sillier than the vigil outside London's maternity ward, where squadrons of news reporters wait on the street, sometimes for hours or days, for a woman to go into

What follows is bedlam: bookmakers with blackboards, updating the odds on names, tipsy monarchists, and, for a crowd of exasperated journalists, the opportunity to photograph a few inches of exposed royal baby before the child is whisked away

The Duke and Duchess of Sussex, known more widely as Prince Harry and Meghan Markle, last week announced that they would not be able to photograph the newborn at all. were canceling the traditional photo opportunity, and that they would instead share their own photos of the newborn, known in the business as "Baby Sussex," after they had "a chance to celebrate privately as a new family."

The Sun, Britain's highest-circulation tabloid, has chided the couple for violating "our royal rights." [19659007] "Keeping the nation in the dark over the details, even after the birth, is a bad look for the royal couple," the newspaper's unsigned leader sniffed on April 12. "The public has a right to know about the lives of those largely funded by their taxes. You can accept that, or be private citizens.

"It's the way Harry is at the moment, he's just got that bee in his bonnet that all the media have to be ignored," said Arthur Edwards, 78, and a photographer for The Sun, who has covered the births of five babies, including Harry, at the Lindo Wing of St. Mary's Hospital.

"Harry used to be the best of all," Mr. Edwards say. "We would get together in a pub and we would talk about everything, get it off our plate. It would be frank and open, and you never reported it. Now, it's not even 'Good morning.' Nothing. He treats us just like telegraph poles now. "

The new couple's decision to exclude the press from their baby's birth is hardly a surprise to anyone who has been keeping track. Last year, Harry and Meghan allowed only one reporter inside St.

This coldness towards photographers is understood to come from Prince Harry, who was 12 when his mother was killed in a car crash, as her driver tried to escape paparazzi on motorcycles

The trouble with the exclusion of the press – rewriting the rules of an old, symbiotic relationship – is that the press has a way of getting its own back. By the old tradition, the coverage of the royals oscillates between sycophantic and brutal, avidly milking story lines about their laziness, scarcity, debauchery or low intelligence. And the ill will of newspaper editors, like the scorned fairy, not invited to the princess's christening in "Sleeping Beauty," could hover for years around the family

"This is the shattering of a tradition that goes back for decades," said one senior journalist, who would discuss the issue only on the condition of anonymity. "There is a price to pay for that, and that price is mockery."

The coverage of the Sussexes, in recent weeks, has not been kind. A Daily Mail columnist last week lampooned Prince Harry for teaming up with Oprah Winfrey for a television series about mental health

"Her homespun brand of half-boiled New Age spirituality, spiked with neoliberal politics and inspirational hokum, plays well with fridge -Magnet philosophers like Harry and Meghan, "wrote the columnist, Jan Moir, who went on to pillory the couple, in more earnest tones, for refusing to display the baby to photographers

Then she went into the kill. "Perhaps Oprah has snapped up the exclusive first-look baby rights?" She inquired. "I would not put it past her. Or them. "

The beef with the press has taken on a trans-Atlantic tinge, with Ms. Markle's supporters pushing back in front of American fashion. In February, five of the Duchess's friends defended her against "global bullying" in an interview with People Magazine, a move reportedly surprised by her royal handlers. Then, the movie star George Clooney spoke in her defense, telling a group of journalists that she was "pursued and vilified and chased in the same way that Diana was and it's history repeating itself."

This charge ranked even the gentlest of the royal reporters. Valentine Low, who covers the family for The Times of London, has criticized these allegations as "utter fantasy," and said many Americans fail to understand the traditional push-and-pull of royalty

"The problem is that in some quarters, especially in the US, any negative coverage is seen as racist, "he wrote. "To listen to some US networks is to gain the impression that British media is racist, sexist, snobbish and determined to gang up on any outsider who has the temerity to join the royal family. "

Mr. Edwards, the Sun photographer, was more mournful than angry

He said Prince Harry was still extremely popular with readers

"I feel a bit sad for him," he said. "Because he's becoming morose."