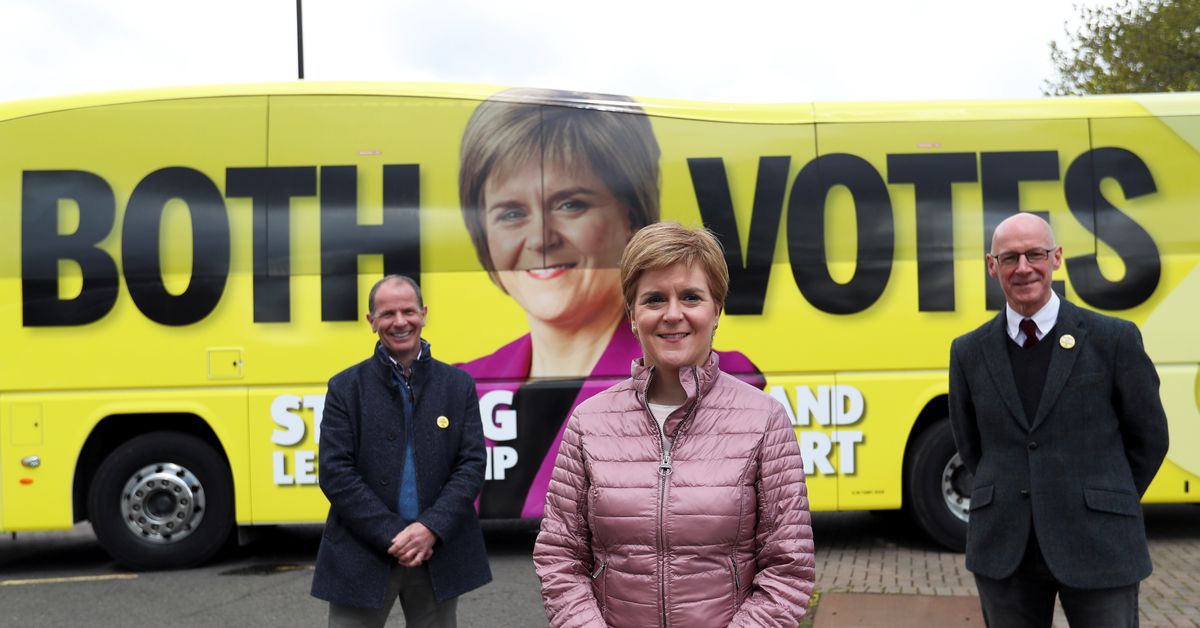 Scottish leader Nicolas Sturgeon told British Prime Minister Boris Johnson on Sunday that another independence referendum was inevitable after her party won a landslide victory in the election.

Johnson and his Conservative Party, which is in opposition in Scotland, strongly oppose the referendum, saying the issue was settled in 201

But independent parties won a majority in the Scottish Parliament in Thursday’s election, which Sturgeon said gave it a mandate to move forward with plans for a second post-COVID-19 referendum. Read more

“The prime minister has reiterated his intention to ensure that people in Scotland can choose our future when the crisis is over,” Sturgeon’s media office said in a statement after speaking to Johnson by telephone.

“(She) has made it clear that the question of the referendum is now a matter of when – not if.”

A statement from Johnson’s office on Downing Street after his conversation with Sturgeon did not mention the issue of the referendum, instead emphasizing “the importance of focusing on rebuilding COVID at this time.”

The Scottish National Party of Sturgeon (SNP) won 64 seats in the Scottish Parliament, only one lack of an overall majority. With its green allies, who won eight and also support independence, it controls the political agenda in Scotland.

There is growing speculation that when the Scottish Parliament passes a referendum law, the British government will go to court to stop it. But Senior Secretary Michael Gove bypassed repeated questions about it earlier on Sunday.

“We’re not going there,” he told Sky News.

“To start speculating with this type of legislation or this type of court hearing and the rest of it, it’s just a big distraction,” he said.

Sturgeon told the BBC that it would be “absurd and utterly outrageous” for the British government to take legal action to suspend the referendum.

She argues that for London to use “force of law” to prevent a vote would be to say that the 300-year-old alliance between England and Scotland is no longer based on consent.

Under the Scottish Act of 1998 – which established the Scottish Parliament and delegated some powers to Edinburgh from London – all matters relating to the “Union of the Kingdoms of Scotland and England” are reserved for the Parliament of the United Kingdom.

Under the law, the British Parliament could give the Scottish government the power to hold a referendum, a process that was used to allow a plebiscite in 2014 and which Sturgeon said should be re-launched for a new referendum. Read more