Sean Spicer's celebrity is proof we are doing it wrong 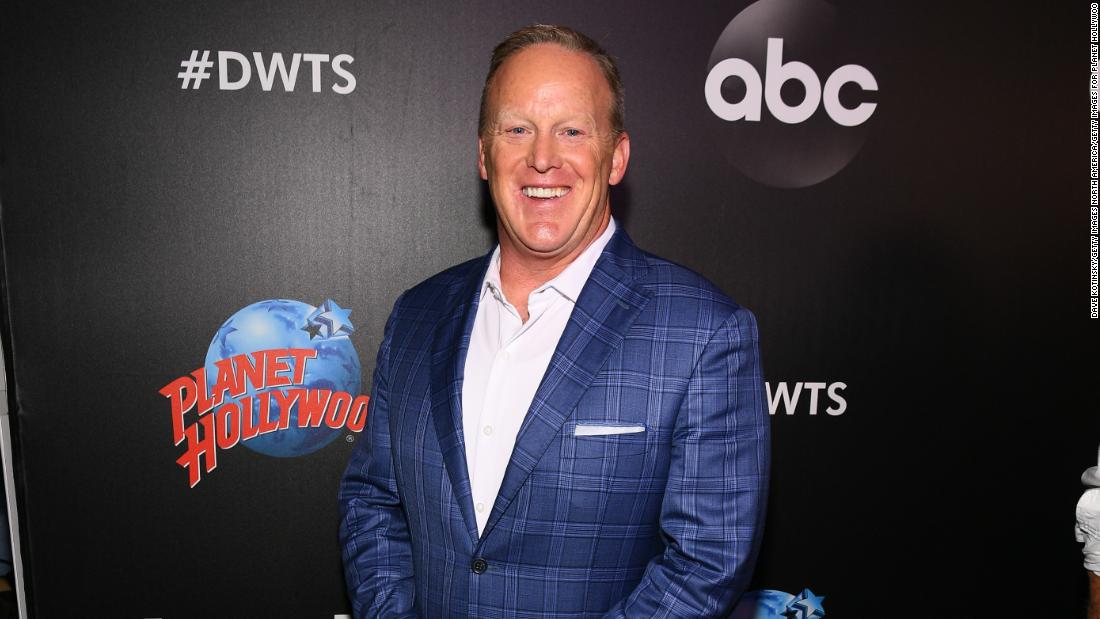 "It's good that Sean will be in charge of estimating the size of the audience," jokes show host Tom Bergerron, citing Spicer's false statement that more people have seen President Donald Trump take office than anyone another in history. (Bergerron later tweeted that he hoped there would be no political people on "DWTS.")

This whole saga basically proves the old adage that "humor = tragedy + time." This also proves that Spicer won – and the rest we lost.

See, before Trump was elected president, Spicer was mid-level operative. He served during the 2016 campaign as director of communications at the Republican National Committee, the latest in a series of Spicer press conferences held on Capitol Hill over the past decade. He was usually considered by the Republican political class to be a nice guy, someone who followed directions and could reliably carry out GOP attacks against Democrats.

1; the highest job for any political communicator in the country. But Trump's victory was so unexpected and the incoming president had so few close political allies that Spicer ended his work. It was a perfect storm.

Once at work, Spicer quickly realized – to his credit? – that the way to keep the job was to do and say exactly what the president wanted.

The most famous incident came when Spicer told untrustworthy reporters – two days before Trump's first working day in office! – that the president attracted "the largest audience to witness the inauguration" and added that "attempts to reduce enthusiasm for taking up office are shameful and wrong". This slew of photos at the National Mall made it very clear that Trump's inaugural crowd is not really the biggest that has never bothered Spicer. Trump said it was the biggest. Spider-Man Period
An unwavering defense of Trump's undeniable claims in the coming days – remember "covfefe"? – turned it into, good thing. He became a part of pop culture. Most notably, he is portrayed – in a devastatingly accurate impression – by comedian Melissa McCarthy on Saturday Night Live.
Under fire from Trump, who regularly grouped everything from Spicer's bad suits to his supposedly bad protection against Trump's record, Spicer eventually left the White House in July 2017. The final straw, apparently, was Trump's choice by businessman Anthony Scaramucci as Communications Director; Spicer resigned the day Mooch was hired. (The whole thing about Scaramucci's director of communications didn't work so well for Trump.)

And here came the American culture – and its super charge from Trump. Although a spiker, he had repeatedly and recklessly not told the truth when he was secretary of the White House – by the way, taxpayer-funded work – he was entering a different stratosphere. He was famous in a word. (And yes, "famous" and "scandalous" are already largely interchangeable in our culture.)

So Spicer suddenly – and surely – was buying a talk show television pilot with "yes." He wrote a book. He appeared on Emis! And now he is scheduled to be a celebrity entertainer in "Dancing with the Stars."

None of these things could have been introduced to Spicer before attaching to Trump. Like, not in a billion years. And yet, here we are.

Spicer became a celebrity by not telling the truth. The door opened for his career because he was standing on the podium in the British White House press room and said that the things he knows are wrong only to be able to please this president and keep his job.

In this regard, we are all losers. By creating a culture where people like Spicer can and will benefit from what he did while working for US taxpayers.