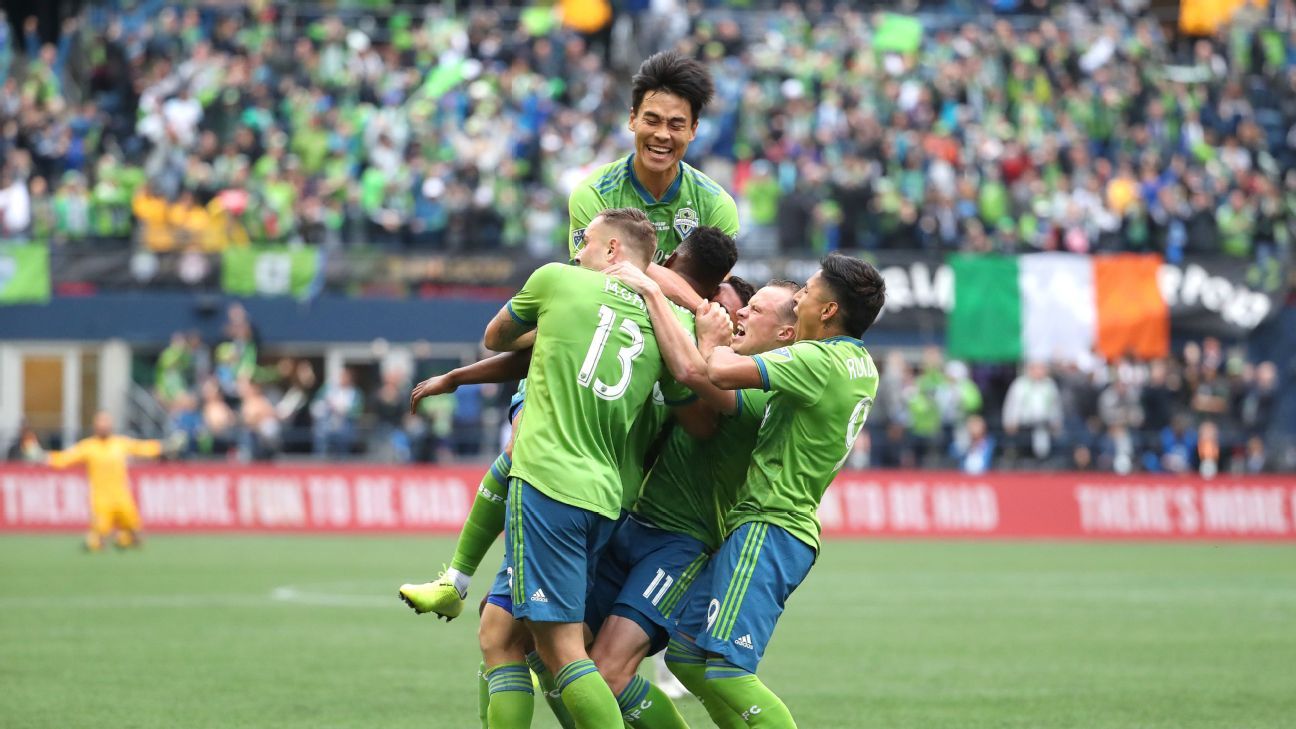 The Seattle Sounders took a remarkable 3-1 victory over Toronto to win their second MLS Cup at CenturyLink Field filled with jam Sunday afternoon.

This was the third meeting in four years for the two teams at the MLS exhibition, with Seattle winning the Cup in 2016 and Toronto bringing it home in 2017.

Toronto was the better of the two countries in a grueling first half, but there was nothing to show for it until Seattle missed a chance to lead just before halftime for only Raul Ruidiaz to shoot Stefan Frey secretly.

The home team led just before the time point when Kelvin Leardam's shot to the right of the penalty area made a wicked double deflection and left Quentin Westberg without a chance to score in Toronto.

For the first time Seattle was able to score in Toronto during a game in 267 minutes playing in the MLS Cup between the two.

Greg Wani brought Josie Altidore in search of an equalizer, but w as Seattle substitute Victor Rodriguez who struck instead, picked up a nice pass from Nicola Lodeiro, cutting to the right and firing a low, bony shot past Westberg to strike at Westberg. the Sounders' lead.

And Ruidiaz added a third to Brian Schmetzer's team after overtaking his marker and bending a shot around Westberg before Altidore pulled out a pointless consolation goal for Toronto at the time of stoppage.

A crowd of nearly 70,000 represents the largest non-concert visit to any event in the history of CenturyLink Field hosted by the NFL in the Seattle Seahawks.