She fell ill after a mosquito bite, was dead 6 days later 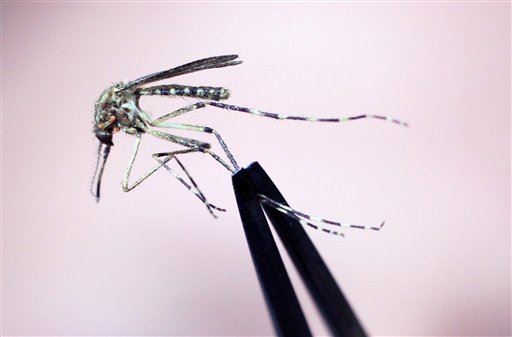 (Newser)
–
Laurie Sylvia started feeling ill last Monday. In less than a week, Massachusetts, 59, is dead, killed by a rare mosquito-borne disease. Sylvia, who died Sunday, is the fourth person in the state to become infected with Eastern Equine Encephalitis (EEE) this month. This is remarkable given that an average of seven people generally infect the virus yearly across the country, people report. Earlier this year, Massachusetts had not seen the case of a person since 201

3. The cases usually occur in Massachusetts, Florida, New York and North Carolina. All four cases in August occurred in Bristol County, although Sylvia was an intermediary doing business in several counties, so her husband is not sure where he contracted.

The virus, which initially causes chills, fever, stiff neck, headache, lethargy and joint pain, was detected in 330 mosquito samples taken from around the country. Bristol and Plymouth counties have completed aerial mosquitoes, while other cities in the state are ready to do the same, NBC Boston reports. But officials are still urging residents – especially those in the 23 communities at risk for EEE, 22 at high risk and 52 at moderate risk – to take personal precautions against mosquito bites. Recovery from the virus is possible if it does not reach the central nervous system, but it kills one third of those who infect it and others may be left mentally or physically disabled. "I just don't understand how such a handsome person can be taken from me so soon," Sylvia's daughter wrote on Facebook. "I wasn't done." (Girl, 2 years old, dies after tick bites.)