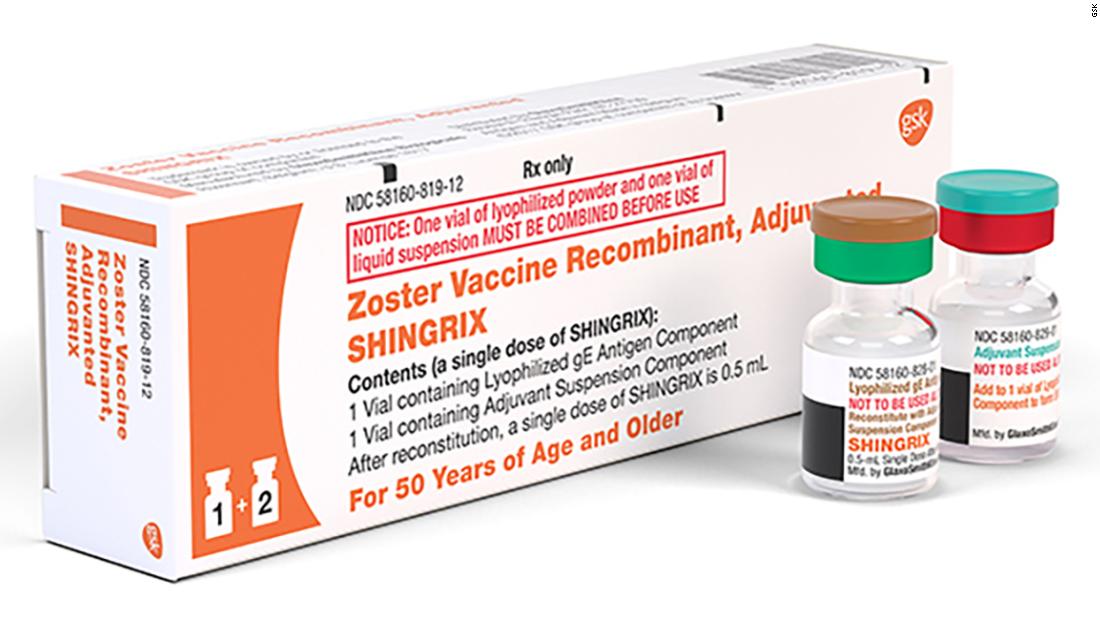 Shingrix, which is manufactured by GlaxoSmithKline and was approved by the US Food and Drug Administration in October 2017, is recommended for adults 50 and older to prevent shingles, a painful rash that affects 1 out of 3 Americans in their lifetime. It is a non-live vaccine that is shot in the upper arm muscle and given in two doses two to six months apart.
During the first eight months of Shingrix post-marketing use, the Vaccine Adverse Event Reporting System, or VAERS , received 4,381 total reports of adverse events; of these 130 were serious.

For every 100,000 doses distributed, the CDC found 136 complaints filed in the system. Approximately 3.2 million doses were distributed by GlaxoSmithKline during the eight-month reporting period analyzed by the CDC.

redness in the arm receiving the shot were common side effects.

However, seven patients died within six hours to six weeks of receiving Shingrix, the CDC said. The cause of four of these deaths was cardiovascular disease (three of the people had multiple cardiac risk factors). Two were immunosuppressed patients who died of sepsis. And one 86-year-old woman died after a fall. in An eighth death after the use of Shingrix was also reported to VAERS, though this was not confirmed by the CDC

Dr. Elisabeth M. Hesse, lead author of the report and a medical officer in the CDC's Office of Immunization Safety, wrote in an e-mail that "no information in medical documentation indicated [any of] reported reported deaths related to vaccination."

An additional 196 patients (4.5% of the system reports) said they developed shingles after receiving the shot, though 14 of these patients had the rash before getting vaccinated, according to the CDC. And just over 1%, or 49 people, experienced burning pain as a result of the shot; Here, six of the cases were pre-existing, the CDC said.

Overall, 230 vaccination errors occurred, when the healthcare provider shot the vaccine under the skin instead of into the muscle, as directed by the manufacturer. Also, Shingrix comes in two vials that must be combined, and in some cases, the provider failed to mix the contents before administering the shot.

All told CDC found that none of the reported side effects for Shingrix were "disproportionate adverse events reporting patterns observed for other vaccines "in the VAERS system. "Health care providers and patients can be reassured," as the early safety monitoring findings are consistent with clinical trial data, CDC authors wrote. "Serious adverse events were rare, and no unexpected patterns were detected."

However, in a CDC analysis of clinical trial data, Kathleen Dooling of the Division of Viral Diseases stated that about 1 in 6 patients receiving Shingrix reported severe reactions that were severe enough to prevent normal activities while three out of four patients experienced at least some pain. Doing the vaccine is more than 90% protective against shingles.

She noted that the Rotashield vaccine for infants had been withdrawn from the market after reporting to VAERS of bowel obstruction and an investigation that verified these claims.

Administrative hassles in addition to side effects

Carla Perissinotto, associate professor and associate clinical chief in the Department of Geriatrics at the University of California, San Francisco, wrote in an email that she has seen fewer patients get the vaccine due to the complexities of reimbursement through Medicare.

"You have to bill the patient and then submit to Medicare," said Perissinotto, who was not involved in the new CDC report. It is "administratively" difficult for clinics to store Shingrix and then Bill Medicare.

Based on a discussion of "the few of my colleagues", she believes Shingrix has not caused severe or numerous side effects: "So far, it has seemed well tolerated."

"We would use more if the payment structure was easier." . Alison Moore, chief of geriatrics and gerontology at UC San Diego Health, told CNN in an email that she regularly recommends the vaccine given its effectiveness and "superiority over the previous version of [shingles] vaccine, Zostavax," and live CDC-recommended vaccine for adults age 60 and older.

Because Shingrix is ​​not a live vaccine, "more people can have it," added Moore, who was not involved in the CDC report.

"I have found that patients can have no reaction, and a mild reaction that can include redness and warmth and mild pain around the injection site and more severe reactions including fever, chills and malaise, kind of a flu-like illness that lasts a day, "said Moore. She's seen reactions happen with either the first or the second shot. In spite of the side effects, she still recommends the vaccine, she said, though she warned patients and advised them to take an acetaminophen or ibuprofen-type drug to reduce the impact.

Sean Clements, a spokesman for GlaxoSmithKline, email that "as a standard practice for all vaccines," his company will continue to monitor safety along with the CDC and the FDA.

"Approximately seven million doses of Shingrix have been distributed through September 2018, and preliminary data shows that approximately 76 percent of people have completed the two-dose series," Clements wrote.