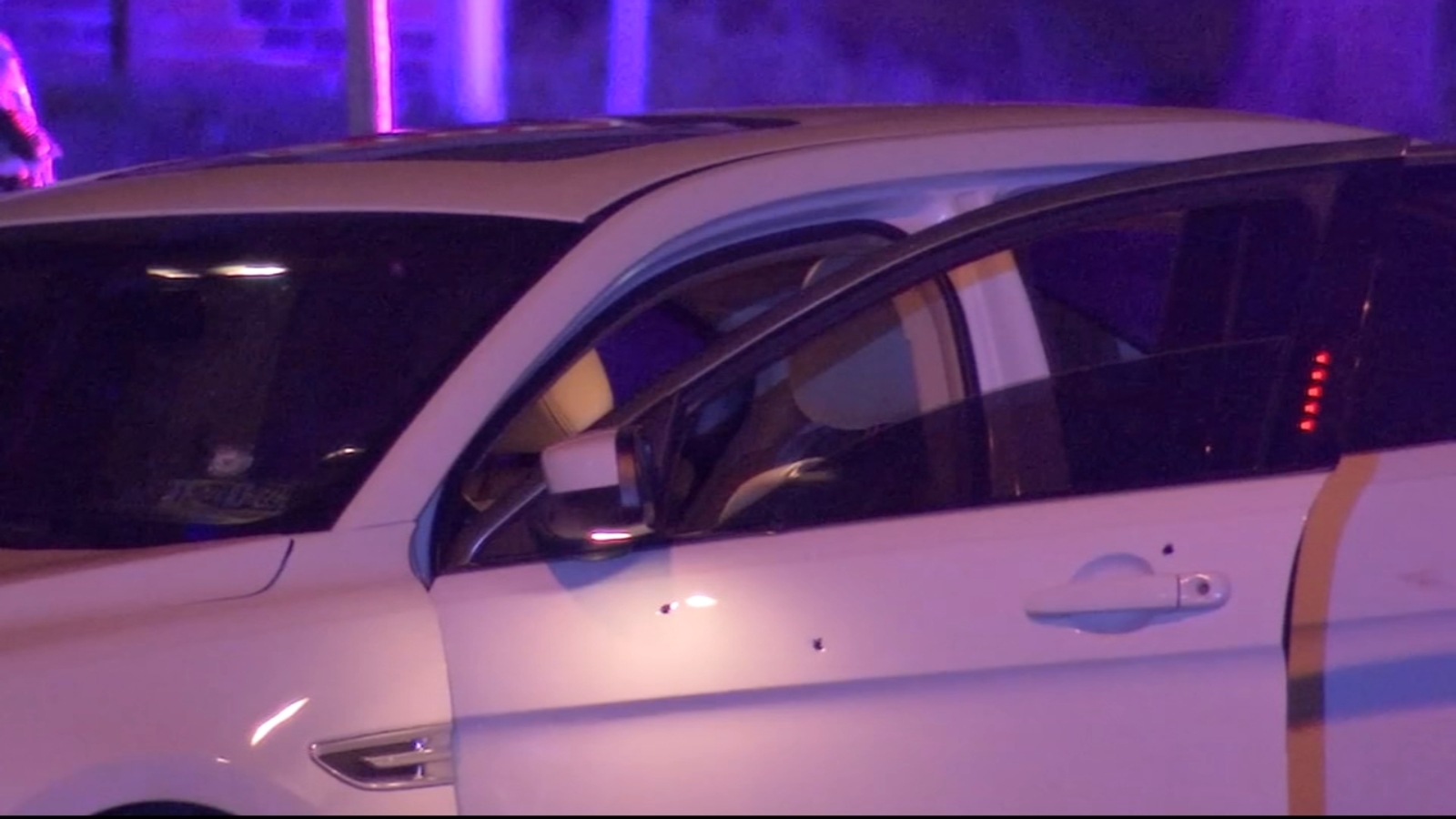 PHILADELPHIA (WPVI) – A father has died and his son and another man have been seriously injured after gunmen opened fire Wednesday night in southwest Philadelphia.

It happened just before 7:30 p.m., near 53rd Street and Baltimore Avenue.

Police say at least 12 shots were fired while a 28-year-old man, his 6-year-old son and a 30-year-old man were in a vehicle.

The 30-year-old victim managed to get out of the vehicle and alert the police.

“They were alerted by a 30-year-old African-American man who said he had been shot,” said Philadelphia Police Commissioner Daniel Outlaw.

The father and son tried to leave, but ended up crashing near the shooting site on Baltimore Avenue and 55th Street, investigators said.

The 28-year-old father was rushed to hospital, where he was pronounced dead at around 9 p.m.

-year-old man remain in hospital in critical condition. The child was conscious when he was rushed to hospital.

“I was told what was good was that he was crying when he was transported to the hospital,” Outlaw said.

Police are still investigating what caused the shooting. No arrests were made.

Outlaw says there should be tougher penalties for violators of gun laws.

“Until there are serious consequences for those who decide to make a bad choice about the use of illegal weapons and the illegal use of firearms, there is nothing to stop people from doing what they do with these weapons,” Outlaw said.

She also says that major societal changes must take place to reduce violence.

“In the long run, until you get more jobs, housing, education and until these things get better, we, as the police, will continue to be in pursuit of our queues in the end,” Outlaw said.

Police are looking for a number of suspects who may be driving a white vehicle. Anyone with any information is asked to call the police at 215-686-TIPS.