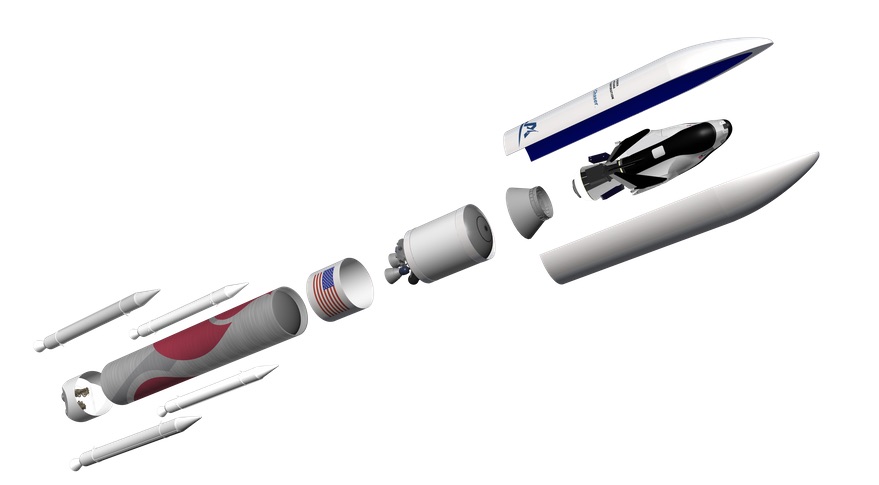 LAS CRUCES, NM – Sierra Nevada Corp. announced on August 14 that it would use the Vulcan Alliance United Launch Alliance launch vehicle to ship the Dream Chaser spacecraft at the International Space Station beginning in late 2021.

In a joint announcement of the SNC Space Systems Offices in the suburbs of Denver, the companies announced that SNC has selected Vulcan to launch six ISS Dream Chaser missions under the SNC Commercial Supply Agreement (CRS) 2 provided by NASA in 2016.

75 pounds of cargo and return "large quantities" of cargo to Earth, landing on the runway at NASA's Kennedy Space Center.

The Dream Chaser will be the "commercial debut" for the Volcano, with its first mission in late 2021 flying the second rocket flight, said Tori Bruno, ULA president and CEO. "This is a very competitive launch market nowadays," he said, "and being selected by SNC to fly this mission block on our Vulcan launcher is just a huge honor."

SNC originally planned to use the existing Atlas of ULA 5 for at least the original Dream Chaser mission, which was then planned for the end of 2020. However, last year the company said it was looking for options other than Atlas 5 for later Dream Chaser missions, including the use of European or Japanese rockets.

Eren Ozman stated that the company had considered five different launch options, including European and Japanese vehicles – possibly Ariane 6 and H3, respectively – "and also apparently Elon Musk and Jeff Bezos," the founders of SpaceX and Blue Origin. "They all have really good capabilities."

But, she added, "ULA has a pretty significant advantage because we've been working with ULA since day one," a link that dates back to NASA's commercial startup program plans an equipped version of the spacecraft on the Atlas 5.

"Not to mention," she added, "that we have a really good competitive price." of Vulcan, which ULA classifies as a "certification" gender on the vehicle. Bruno said the pricing information was "obviously patented."

Technical characteristics are another factor. "We spent a lot of time getting acquainted with this vehicle to make sure it was correct," Curry said. "Safety and reliability were the main reason why we chose this team and this rocket." The companies said that if the Volcano was delayed, it would be possible to transfer the launches to Atlas 5.

In addition to the six missions in the CRS2 SNC contract pursues additional capabilities for the Dream Chaser, which can fly vehicles other than the Vulcan. "We support the ability to fly other launch vehicles," said John Roth, SNC's vice president of strategy and business development. "We are launching vehicle agnostics."

The company also will not rule out developing a spacecraft version that was canceled nearly five years ago when NASA selected Boeing and SpaceX over SNC for commercial crew contracts. Curry noted that SNC retained an earlier Commercial Crew Space Law Agreement, which the agency extended without funding to support potential versions of vehicle equipment.

"We meet with them regularly to talk about what our load capacity is with the CRS2 vehicle and what the bridge to the crew vehicle will be when and if it was to come," he said. "It won't be long before we get from the cargo version to the crew version."

Bruno, who has been called a Dream Chaser fan and cheerleader since he first saw him, said he was looking forward to launches Vulcan vehicle. "Eren and Fatih, you trusted us with your baby, this amazing Dream Chaser vehicle," he said. "We will not mislead you."