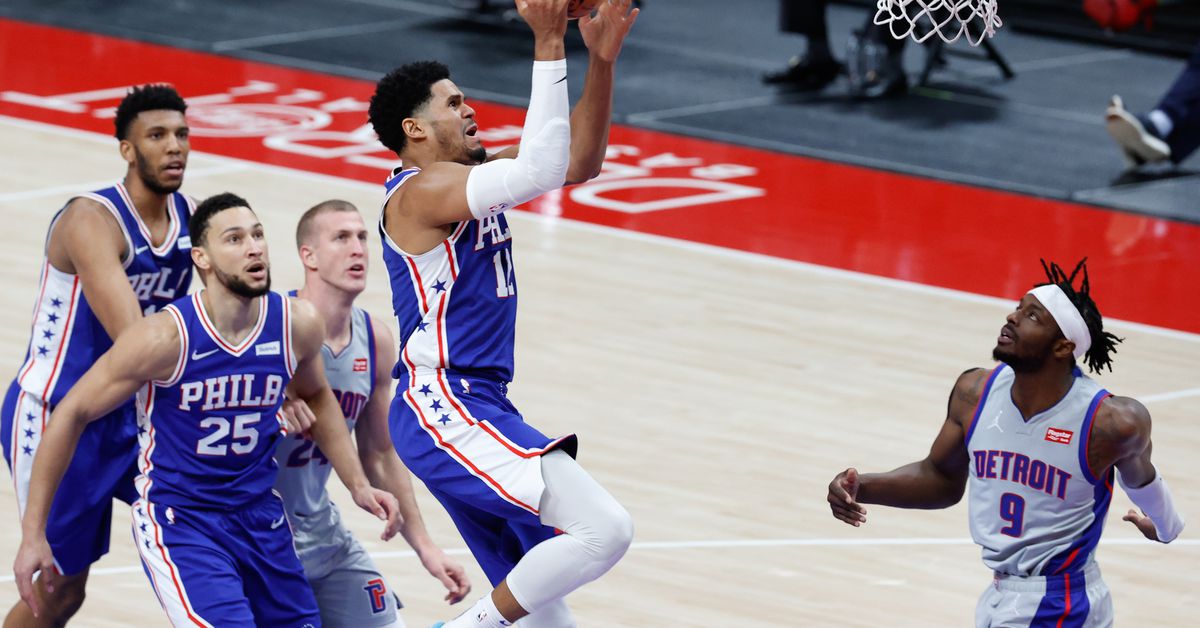 Note: There is no traditional summary post for tonight. Let the comments fly here.

Joel Embiid raised him because of the tightness of his back, which seems to be the chosen phrase for the team this season, when they want to give him a weekend. In his absence, the Sixers did not look like an Eastern Conference contender, never holding a lead in a possible 1

19-104 loss to the Detroit Pistons. Ben Simmons had unpleasant problems when he was on the court and came in for only 21 minutes. The pistons hit almost twice as many 3s as the Sixers (17 to 9) and made more than twice as many free throws (32 to 15). It was a largely uninspired experience from Philadelphia, but let’s continue with the choice of bell.

Tobias was the only starter to step up his game away from Embiid, coming one point shy of his season, shooting 10 of 19 from the field, including 3 of 6 of 3. Harris did his best to start things for his club, registering 12 points for the first quarter. Unfortunately, he didn’t have much help, as his other teammates combined only 11 points, and the Sixers were 34-23 behind after one period. Harris also tried to pull Philadelphia to an incredible comeback victory, scoring seven points in three minutes in the middle of the fourth quarter, but the Sixers failed to make stops. Good experience, good effort, Toby.

Bradley doesn’t see the floor often, so it’s no surprise that he had fresh feet and gave the Sixers a nice boost from the bench. Tony was active from the glass, collecting four offensive bounces for a handful of failures. Unlike his central player Dwight Howard, Bradley does not chase blocks and gives easy opportunities for a second chance. His solid game brought him a start in the second half from Doc Rivers.

Maxey erupted in a flash and showed good defensive instincts in a handful of games. In addition to reaching the cup, Tyrese also had a jump; both of his 3-threes came in deep trash, but it’s still great to see those shots get into him.

Who’s the bell for the loss to Detroit?

Bruins takes revenge on Tom Wilson; Reeves vs. Gabriel, Friday in the NHL