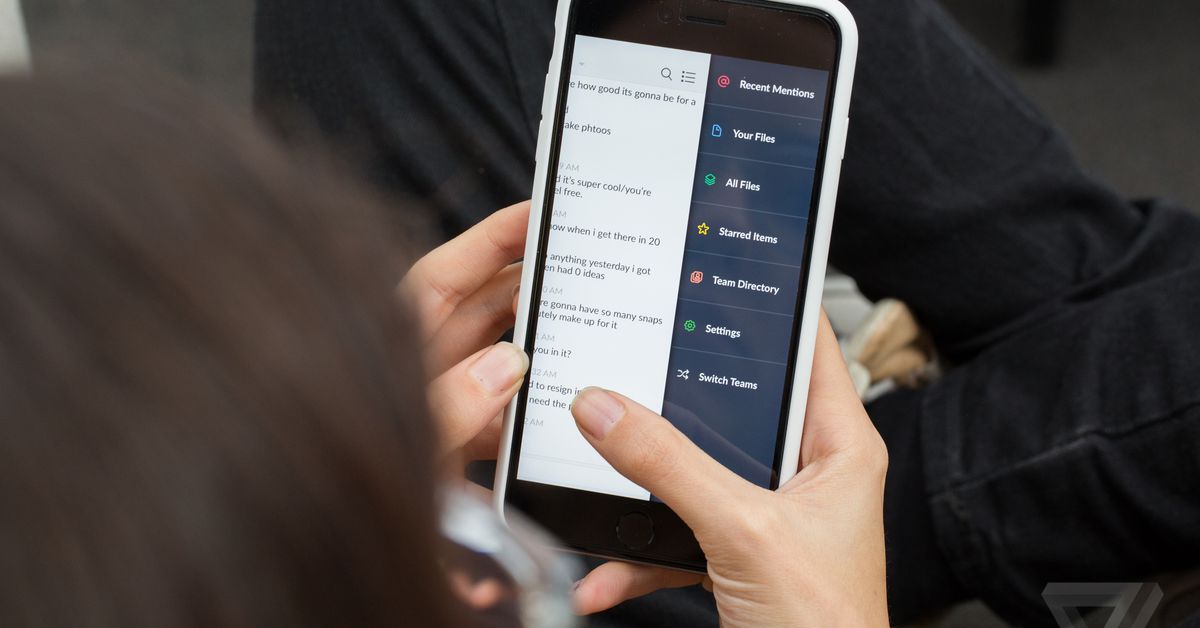 Slack has embraced third-party apps on its platform for years, but in recent months, the company has been really focused on extending its chat app. Earlier this year, Slack bridged the gap between email and instant messaging and also made its service easier to use with Microsoft's Office 365 apps. Alongside all of this, Slack has been working with Google, Zoom, and other big third-party developers to more closely integrate apps into Slack. Today, at Slack's Spec conference in San Francisco, the company is opening its doors to even closer app integration and making it easier for Slack users to find apps.

There are currently more than 1

,800 apps available for Slack, but finding them can often be difficult. Slack is updating the way apps are displayed in more of a store-like user interface. This will include apps that are available in a particular workplace and ways to find others. Slack will also add a persistent menu action in the sidebar with quick app actions. You typically find these as message actions today, but they also are exposed within channels to make it easier for people to use apps. A good example is having an IT help desk channel in Slack and being able to use an action to report a broken laptop or a security review right from within Slack.

Slack is also making its apps more functional, interactive, and ultimately more user friendly. Each app will now have the option of creating a new home tab interface, which developers can use to showcase the various features and actions available. At the moment, apps work more like bots that message you information, and this home interface looks more like what you'd find in a typical web app.

Google Calendar will be one of the first to roll out a home tab, which can be used to show a full schedule for the current day or even days in the future. It's a useful way to check your calendar without moving out of Slack, and you can even accept or deny meetings and join calls straight from this home tab.

Apps will also be able to use windows (or “modals,” as developers call them) that hover over the main Slack interface to let them gather data in a form or display results and interactive content. This should greatly improve the way bots work in Slack, allowing developers to display a variety of screens to send and receive information.

At the heart of all these developer-focused announcements, Slack is clearly making it easier to use the company's software without having to switch windows or use other apps. It feels like this is a natural way for a company to counter what Microsoft offers with its Office 365 service and Microsoft Teams. Slack can't offer all of those apps and services by itself, instead, it will partner and integrate them in as closely as developers are willing to.

“We can focus on providing a great experience on this native in Slack features , but so much more value comes from the top 98 percent of companies 'IT spend that's outside of Slack,' explains Andy Pflaum, director of Slack Platform, in an interview with The Verge . “Being able to connect that up… along with the key actions that people take on that information and make it available at their fingertips in Slack is a real primary focus for us.”

The new modals / windows functionality will be available immediately , and the updated app launcher, menu actions, and app home features should be available in the coming months. So you should expect to see Slack apps really starting to change throughout 2020.

Slack is already beating Microsoft on the pure app integration front, even if Microsoft Teams has surpassed it in active user numbers. Keeping developers happy will be the key to keeping Slack users happy and reliant on the chat service. If you integrate as much as possible into Slack, then companies will become reliant on these cost-and-time-saving additions and potentially avoid switching to Microsoft Teams. Slack might not want to seem worried about Microsoft's aggressive Teams push, but the competition between the two is only likely to get more fierce throughout 2020 and beyond.