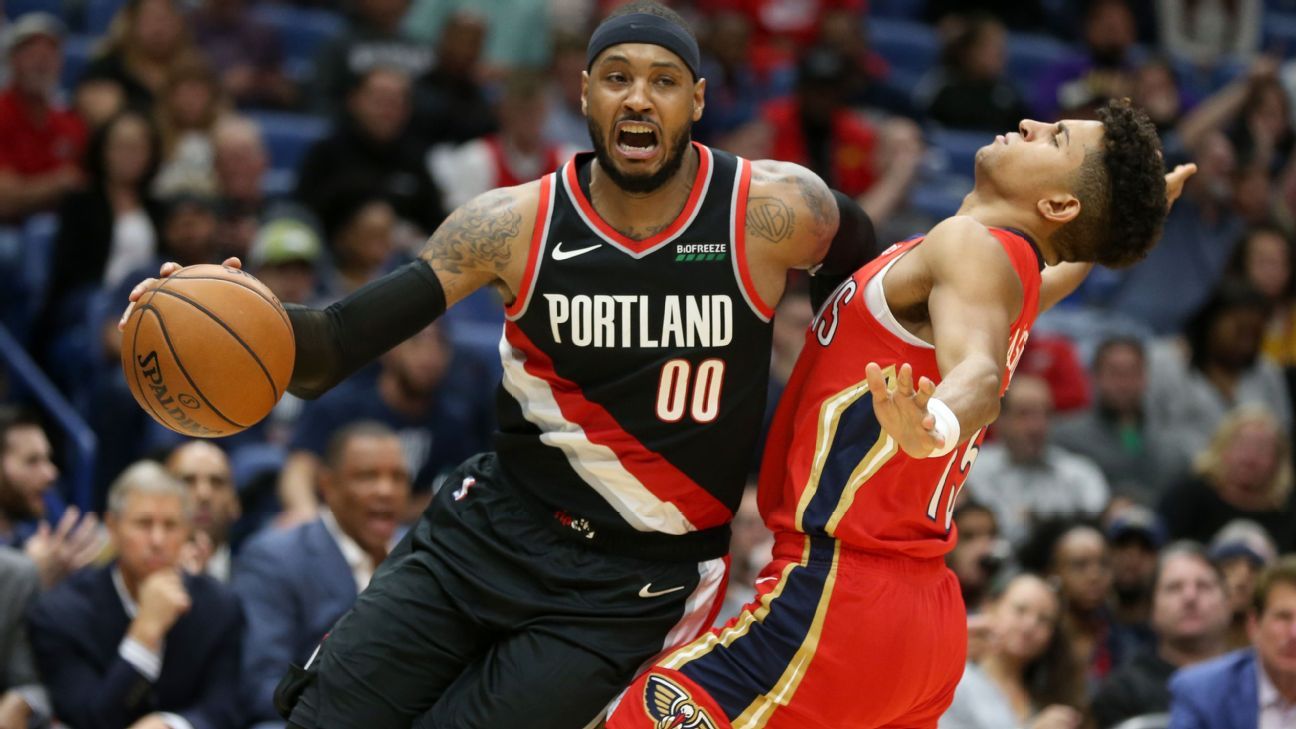 NEW ORLEANS – It didn't take long for the Portland Trail Blazers to get Carmelo Anthony involved in the crime.

And even though he ended up with just 10 points on Tuesday's 115-104 loss to the New Orleans Pelicans, it's perfectly clear that Portland's goal is clear: Get the ball for Melo … early and often.

In Portland's first property, Anthony, who received a warm welcome from the crowd at the Smoothie King Center, tried to send the Pelicans forward to Canrich Williams. But the pass was late, and Williams stepped forward to steal.

The next time down the court the offense again made its way to Anthony when he tried to shoot a goal into the box from the top of the circle. He hit the back of the rim.

The third time, however, was the charm, as Anthony made 3 on the left side of the court, just above the break for his first NBA points in 376 days.

It wasn't long after, but it wasn't for lack of effort. In just under 24 minutes, Anthony finished 4 of 1

4 on the floor and was one of six Blazers to score in double figures. Anthony was 2-of-3 on his 3-pointer and added four tackles and one block. He also finished with five turnovers and a worst minus-20. Only CJ McCollum had more shot attempts (22).

Obviously there were pieces of rust as Anthony picked up three fouls in the first half and made his fourth start in the third quarter. He checked for good with 6:21 remaining after his fifth foul.

In defense, Anthony was like that. When he was the primary quarterback, the Pelicans were 4-of-8 from the field and 3-of-5 from 3-point range.