SNL has Alec Baldwin, Trump meets with his supporters, Mark Zuckerberg and Bill Clinton at one of his rallies 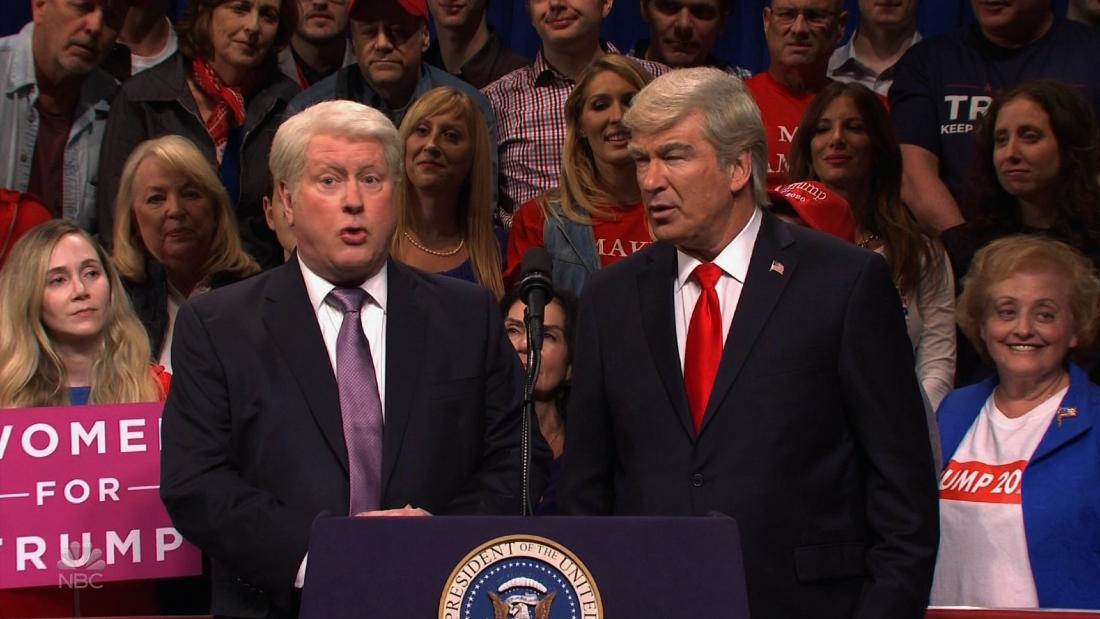 "Hello, New Mexico," Trump told Baldwin to the supporters behind him. "My favorite Mexico so far."

Trump then wanted to bring some of his "loyal followers" to the stage to show "what's really going on in this country," including a seemingly insane woman played by Cecily Strong.

"Explain to everyone what the Demes are doing with this impeachment," Trump told Baldwin before the Strong character.

"This man has been attacked! This is a deep conspiracy of lizards! And everyone is in it," cried the supporter of the Powerful Trump.

After some other Trump supporters, Senator Lindsey Graham, played by Kate McKinnon, then went on stage with Trump to Baldwin, who went crazy with Graham that melts into a suit. "

" I sweated profusely all the time, "Graham told MacKinnon." Even my body fluids try to distance themselves from me. "

Trump also came across former President Bill Clinton, who was played by Darl Hammond. Baldwin's Trump asked why Clinton was Hammond's at a Trump rally.

"Is that it? I just followed the party, "Clinton said to Hammond." Man, I would like to know that the president can be on the road the way he does rallies. Can you imagine? Oh, my lord, I would never go home. "

"It's so great to see you, Donald. Come on, give this turkey some turkey, "said Erdogan of Armisen, trying to give Trump a high five.

Erdogan told Armisen then that" we are still working to extract this dirt from Biden [former Vice President Joe] but I wanted to throw it out there so we could just, uh, make it disappear. "