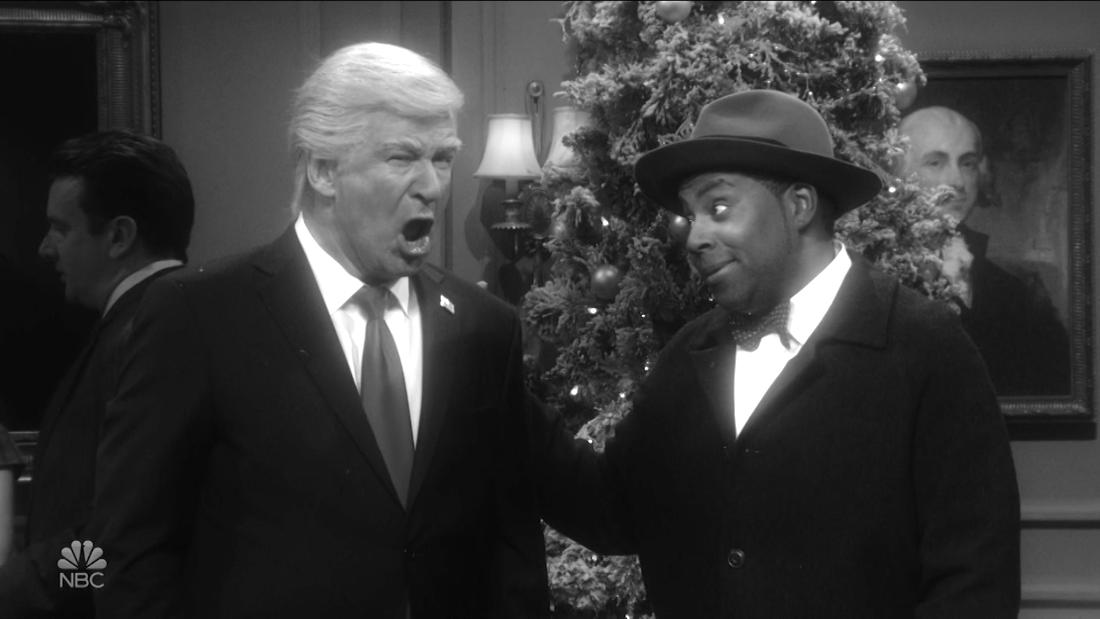 "Wow, everyone looks so different , "Baldwin's Trump said of this new world.

"These are smiles," Kenan Thompson's angel told the fake trump

Baldwin's Trump ran into many in his staff who were now taking different roles. His press secretary Sarah Sanders, played by Aidy Bryant, now has public relations for Facebook, dating site Ashley Madison and "the romaine lettuce association." His son Eric Trump (Alex Moffat) was brilliant and his vice president Mike Pence (Beck Bennett) was a DJ.

"Thank God I was never your vice president," the fake Pence as a DJ said. "

The fake Trump also ran into Brett Kavanaugh, played by this week's guest Matt Damon, who was not and the US Supreme Court in this reality.

"Me on the Supreme Court, with my temperament? Are you insane?" Damon's Kavanaugh said. "They went with that nerd Merrick Garland."

Damon's Kavanaugh added that "on the plus side when I tell people I like beer they find it charming and not like I'm threatening violence."

Baldwin's Trump said that this world was "so great" because it was like Robert Mueller did not exist. After he said, Robert De Niro appeared as the special counsel.

"It sounds like you know I used to be president," Baldwin's Trump said to this alternate reality Mueller.

"Oh I know everything," De Niro's Mueller said. "Everything."

At the end of the sketch, Trump said he would have had an epiphany that the world needs him as president.

"Yeah, that was not the lesson at all," Thompson's angel said.

Kellyanne Conway, played by Kate McKinnon, appeared as a bell was ringing.

"Listen to Donald, every time a bell ring, someone you know quits or goes to jail," she said before wishing everyone a merry Christmas and "It's Saturday Night!"

Will she become responsible for Rajamuli’s #RRR?