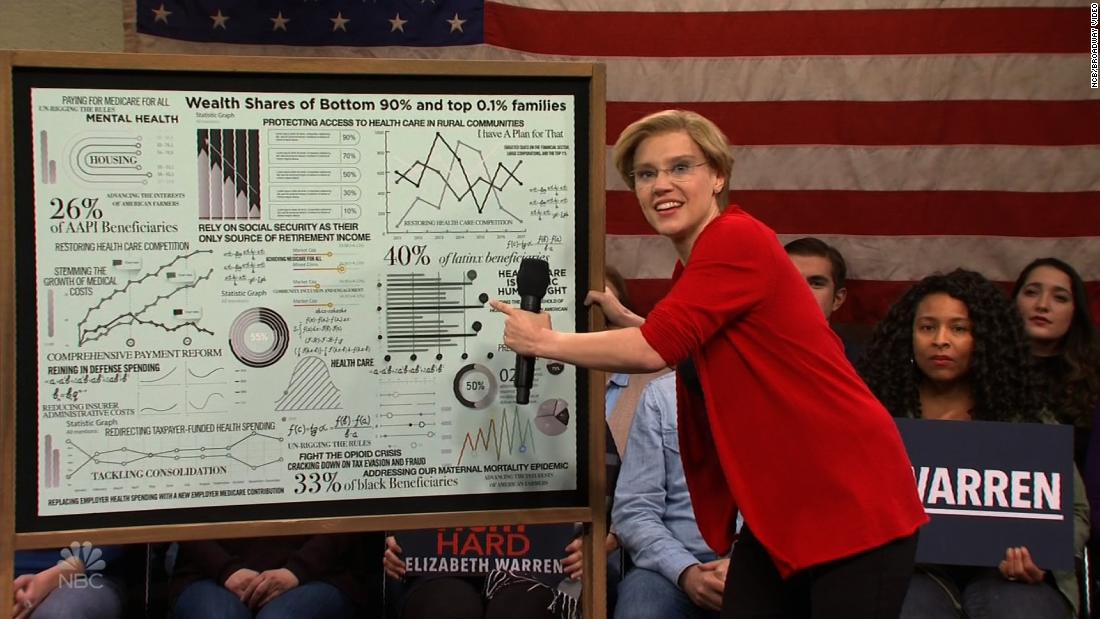 "Hi, it's good to be here. Look at me, I'm in my natural habitat, a public school over the weekend," Warren told McKinnon. "I just tagged the Nature Valley bar down the hall so I'm closed and ready to pop."

The NBC diversity show then made the fake senator and Democratic candidate explain how her Medicare For All plan would work .

"Hi, I'm working for Kamala Harris' campaign, but I'm still undecided," said a man in the crowd, played by Cecily Strong. "I'd like to know why it took so long to release your plan to pay for Medicare For All?"

Warren McKinnon thanks Strong's hero for asking because healthcare is her "Despacito."

"When Bernie [Sanders] spoke Medicare For All, everyone was like, 'oh, cool,' and then they turned to me and I liked, 'fix it, Mom! "", She said. "And I'll do it because that's what mothers do. You know, you eat daddy's birthday cake for breakfast and then you go to Six Flags. Then I hold your hand while you toss me in my bag."

Someone then asked Warren MacKinnon how her plan compared to that of former Vice President Joe Biden. 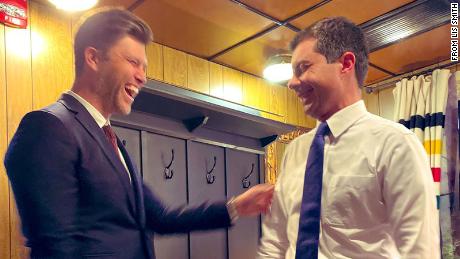 "My plan compares favorably as it exists," she said. "Biden doesn't know how to pay for things. He just spends $ 50 in a car in Amtrak every few months."

Finally, another audience member, played by Chloe Fiman, said she didn't do it, I didn't want to get rid of her health plan.

"Your insurance is like a bad boyfriend. Girl, listen to me, you have to leave it," Warren told McKinnon. "Then you deserve better!"

Macronon's Warren asked if she had voted.

Then McKinnon's Warren said, "ah, go to hell," before starting the show with his signature phrase, "Live … New York! It's Saturday night! "

A firefighter battling a fire in El Dorado, California, has been found dead