So long, Origin? EA comes back to Steam with new games 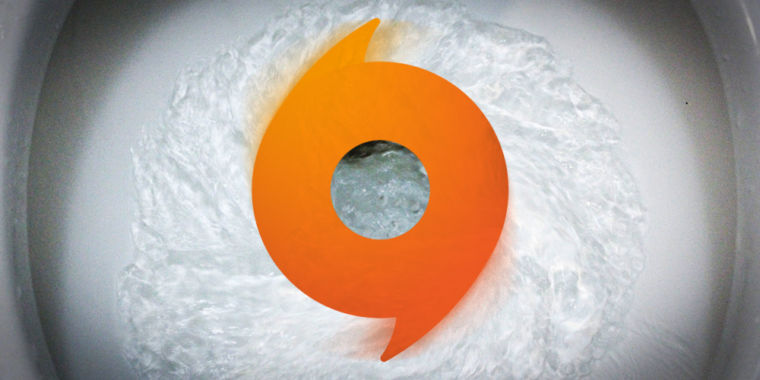 For the first time since 2012, Electronic Arts is once again publishing new games on Valve's Steam platform, the publisher announced today.

A preorder page for next month's Star Wars Jedi: Fallen Order is already up on the Steam store, and EA is promoting that "other major titles," like The Sims 4 and Unraveled Two will be available on Steam in "the coming months. " Multiplayer titles like Apex Legends FIFA 20 and Battlefield V meanwhile, will be available on Steam "next year," with cross-play between the Steam versions and those on EA's existing Origin service.

EA's return to Steam marks a sea change for the company's PC gaming plans, which for years have focused on Origin as its primary (and in most cases exclusive ) sales channel. The company's Steam releases slowed to a trickle in 201

2. By 2013, the only new EA content on Valve's service was DLC for various Sims games.

Back in 2011, when EA announced that Battlefield 3 would not be available on Steam, EA cited Valve's "restrictive terms of service" that made it more difficult to distribute patches and DLC through the game client itself. While there was some measure to that argument, the fact that EA did not have to pay Valve a 30% revenue cut for sales through Origin may also have played into the continued decision to avoid Valve's popular storefront.

But Origin faced pushback from a contingent of Steam-invested gamers almost immediately, thanks in part to its lack of features and the prospect of managing a separate new friends list. EA Executive Vice President Andrew Wilson acknowledges Origin's poor public reception in 2013, saying to those who had a "less than optimal experience" with the service, "We get it. We understand it. We've heard, we've made some changes already in terms of how we do things, and we're looking at more changes that we're going to talk about over the coming months that really are gamer-focused. "

In the ensuing years, EA tried to set Origin apart by introducing the Origin Access subscription program, adding features like game refunds (years before Valve did similar on Steam), and offering regular free game downloads through its "On the House" program (until it was discontinued in 2018). But by 2016, EA was once again on a public "journey to regain trust of the PC gamer" after a series of poorly received game launches on Origin.

EA also tried competing more directly with Steam by slowly opening Origin's digital library ( and the Origin Access subscription program) up to games from other publishers. And while major studios like Square Enix, Warner Bros., and Ubisoft have listed some games on Origin in recent years, most of them were also available on Steam, where they were presumably sold to a much larger audience of PC players.

EA's return to Steam takes on added significance today, as Valve faces perhaps its most serious large-scale competition yet from the Epic Games Store. Much like Origin, Epic is slowly opening up to a variety of third-party publishers and using free game giveaways to attract attention, while also being criticized for the relative lack of features by many Steam fans. But Epic is also offering publishers a better revenue share and purchasing a wide array of exclusives that set it apart from both Origin and Steam.

Publishers like Ubisoft, 2K Games, and many more take advantage of Epic's friendlier terms and revenue guarantees in moving exclusive titles away from Steam in recent months. EA's decision to stick with Valve rather than follow suit is a major vote of confidence in Valve's continued role as the primary way most PC gamers still get the most of their games. The company obviously does not share Randy Pitchford's concern that Steam may be a dying store in five to ten years.