So you missed your second COVID shot. Now what? 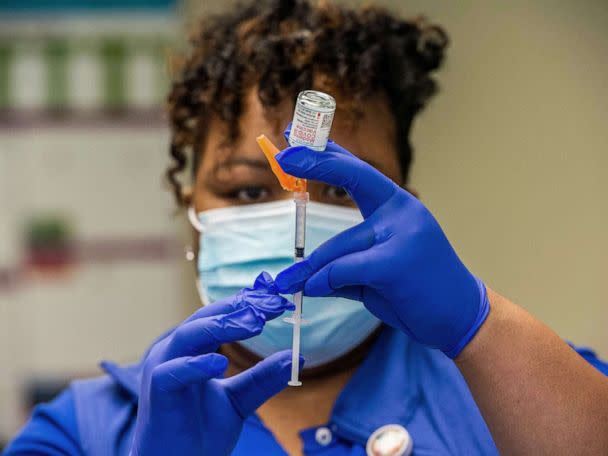 About 5 million Americans have missed a second dose of Pfizer or Moderna COVID-19, according to data from the Centers for Disease Control and Prevention released on Sunday.

But with some upcoming activities – travel and return to school among them – possibly requiring proof of full vaccination – two doses of Pfizer or Moderna or a single dose of Johnson & Johnson – experts told ABC News that it’s not too late for those who still need a second shot.

“Absolutely go and take this second dose,” said Dr. Anna Durbin, a professor of international health at the Johns Hopkins School of Public Health in Bloomberg. “I think if you get your second dose eight weeks after your first dose, 1

2 weeks after your first dose, you will still have a very good, what we call an ‘accelerated response’ to that second dose.”

MORE: A “complete collapse” of preventive health: How the second wave of COVID explodes in India

Experts say it is not clear what exactly is causing so many missed COVID-19 vaccine meetings.

“Some people change circumstances, some people are unable to take leave,” said Dr. Dan Barush, director of the Center for Virology and Vaccines at Beth Israel Medical Center.

Part of that may be growing concerns about potential side effects, said Dr. Paul Gopfert, a professor of medicine at the University of Alabama at Birmingham and director of the Vaccine Research Center in Alabama.

But experts say that even if you’re over six weeks old, it’s a good idea to take the second shot.

“Probably getting a second shot, even later, is still very useful,” Barush said.

There is evidence that other parts of the human immune system – especially B cells and T cells – last long enough to respond to antibodies, even if the second shot is later than usually recommended, Goepfert added.

Although the experts who spoke to ABC News agreed that more data were needed to gain a fuller understanding of the effects of getting a second shot later, they also agreed that even late the second dose was still provides additional protection.

And the more people wait, Durbin warned, the more they take risks.

“The risk is that you may get COVID between this first and second dose,” Durbin said. “We just don’t know how long the protection of this first dose lasts, so the longer you wait, the greater the risk of getting COVID.”

Olivia Davis, a fourth-year student at Wisconsin Medical College who will begin her stay at Massachusetts General Hospital this summer, is a member of the medical unit of ABC News.

So you missed your second COVID shot. Now what? originally appeared on abcnews.go.com