Space race: America is losing it 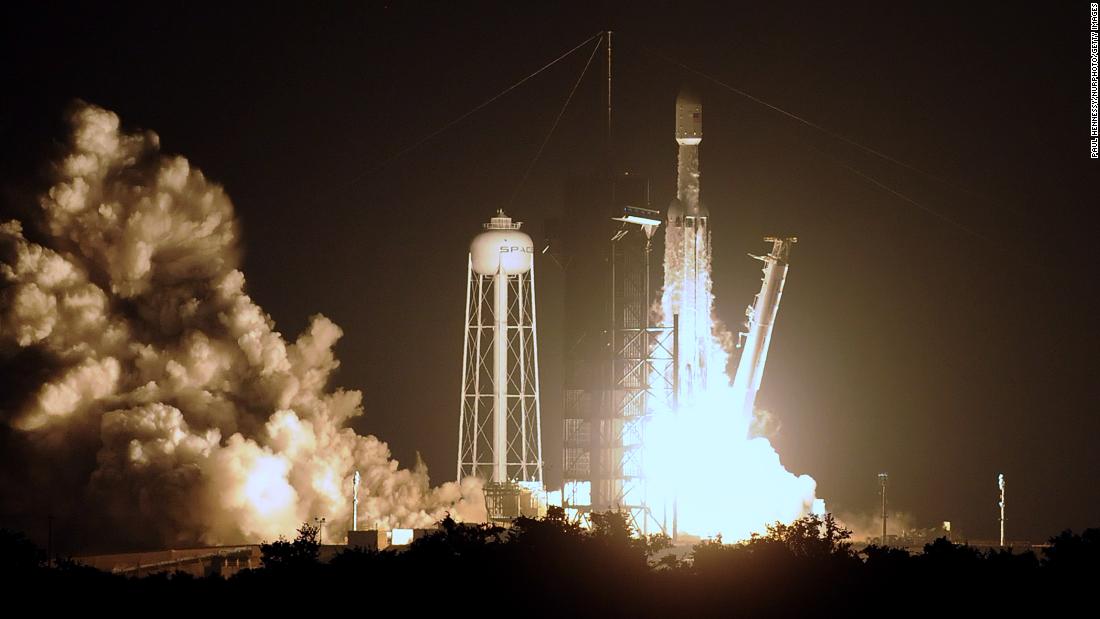 The successful Apollo 11 mission demonstrated to the world that the United States was the unrivaled power in space. At that time, an essential part of the Cold War strategy was landing an American on the moon and returning him home safely: a feat that would become one of the boldest technological endeavors in human history. It set the bedrock for a generation of economic growth, equipped American statecraft and ensured global power. From Apollo onward, America's space capability has stood as a symbol of hope for billions around the world and a reminder of the promise of science to advance human race.

But the thrill of watching SpaceX's spectacular, and now routine, Falcon rocket launches largely obscures much of America's antiquated space industry. Without the energy, leadership and risk-taking of private citizens like Elon Musk, Jeff Bezos and hundreds of entrepeneurs and investors inspired by them, our space landscape would be almost entirely unchanged and uncompetitive globally.

Today, the space industry is largely an extension of the government itself and massively inefficient in how it allocates capital to promote commercial growth. Instead of encouraging free-market innovation and private investment, the current government policy discourages commercial-type competition, reinforces incumbency and opposes reforms to improve. While this is a short-term win for the Cold War technology, this narrow-minded approach has ultimately inhibited innovation, and we are now falling behind.

At best, the government-funded space industry loiters, with NASA and national security space programs spending billions of unnecessary dollars on obsolete technologies while keeping outdated satellite architectures on life support. Over 20 years of this downward trend has left this part of our space industry unprepared to lead or even be competitive for the next 50 years. If we lose the second space race that is already underway, the consequences will be far worse than if we had lost the first. This race is not about bragging rights or national prestige ̵

1; it's about commercial economic growth and national security.

The global entrants to this race are ushering in next-generation small satellite capabilities with enormous value to commercial and government customers, including organizations in energy, mining, manufacturing, transportation, finance, agriculture and communications. Much like their desktop computer relatives that transformed the world economy in the 1980s, these new small satellites cost less than 1% of their decades-old counterparts by using much faster and smaller state-of-the-art processors, similar to what we use in home electronics.

Thousands of these satellites will be produced and launched in the next decade. They will fill a multi-trillion dollar economic expansion and will eventually augment or replace existing commercial and national security satellites. These critical national security missions include global positioning, telecommunications, surveillance, reconnaissance, weather and defensive / offensive space warfare. The nations that win this race will also gain the 21st-century military edge – much like the aviation leaders did in the 20th century – and take advantage of the $ 3 trillion expansion of the space economy.

These satellites are designed and built by non-US companies with limited interest or notice by government policy leaders. The US government's 10-to-15 year development timelines are baked into an antique and largely noncompetitive culture. The world's best space industry, which has won the space race decades ago, is now trapped in a deadly vortex of tax-free dollars, a rigid Stalinist business model and a rapidly growing military vulnerability.

Even more troubling is that very little of this future backbone of space utilities is American-owned which, with a few notable exceptions, leaves the United States even further behind

How can we lose this race? Other countries, like China and members of the EU, have quickly adjusted their priorities to capitalize on the American investments of the last generation, including rockets and microelectronics, to get ahead in the next big economic turn. Additionally, according to a report by the Department of Defense's Defense Innovation Unit, China is aggressively supporting a rapid expansion in its space industry by investing directly into next-generation small satellite and space data companies to replace old satellites and gain military superiority. Even more troubling, China has quickly leveraged US innovations through alleged technology transfers that clone our most promising ventures and allegedly stealing American intellectual property outright. By selling these technologies at a price point that is 80% less on the world market, Chinese will be positioned to squash American companies' ability to compete globally.

Our government's passive, hands-off approach to this burgeoning industry leaves most of America's innovative and maverick-led companies, inspired by SpaceX's success, to face a Hobson's choice: either accept foreign investment and jeopardize potential future business or shut down their auspicious new ventures entirely. With the threats of IP theft, technology cloning and foreign companies hiring from our pool of world-class universities to win defense department contracts, we are rapidly losing national security capabilities in space. Without major shifts in government space policy to privatize current infrastructure and outsource to primarily US-owned companies, our current industry will slowly die out with nothing "American" available to replace it

Innovation and entrepreneurship are at an all-time high in America, but the unfortunate consequence of the aimless post-Cold War approach to space policy is a stagnant space industry. To the chaos of our forebearers, we are already losing this generation's space race: not because we lack funding or our engineers are less capable, but because of a lack of mindful leadership that can recognize the critical nature of global economic trends.

Other nations are stepping up, standing on our shoulders and assuming the lead. America must make technological changes and security threats of our times and once again bring government policy to win. Much like our parents' generation pivoted to embrace President John F. Kennedy's speech following the launch of Sputnik to win the Cold War challenge of getting to the moon first, it is not too late to reharness our spirit, restructure our policies and retool our industry to win today's space race.

Astronomers find that the exoplanet Pi Earth orbits its star once every 3.14 days