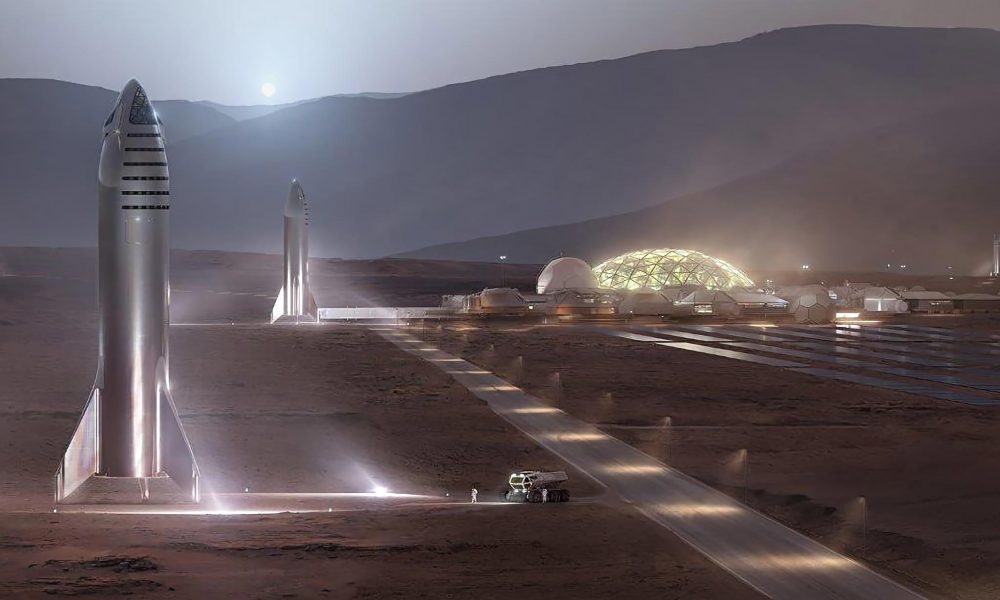 SpaceX has reaffirmed its prioritization of Arcadia Planitia – a low Martian plain – and adjacent areas as some of the most promising locations for early Starship landings, tasking NASA satellite with gathering updated photos of six potential landing sites.

First discovered and analyzed by author Robert Zimmerman on August 28th, SpaceX requested the landing site prospecting images from the University of Arizona, tasked with operating NASA's JPL-built HiRISE spacecraft. Back before Red Dragon's 2017 cancellation, SpaceX began the process of landing site analysis, and canvassing that eventually settled at four possible locations, from which Arcadia Planitia was viewed as most promising.

After at least 2.5 years of research, SpaceX thus appears to be confidently settling on one particular region of Mars for its first Starship landing (s) on the Red Planet. Located in Mars' mid-northern latitudes, Arcadia Planitia ̵

1; like its Latin namesake suggests – is a region of plains, specifically low plains by the International Astronomical Union (IAU) standards. It has been described by NASA as "one of the few regions [of Mars] where abundant shallow ice is present at relatively low latitude", desirable for an array of reasons.

Arcadia Planitia takes up much of the left-hand side of this spectacular 2017 panorama, stitched together from Mars Express images by Justin Cowart. On the scale of the Martian spectacle, one could be forgiving for perceiving Arcadia as boring . In fact, that's one of the main reasons SpaceX is interested in it – just as Arcadia looks rather featureless from orbit, it is relatively bereft of the boulder fields common in many other regions of Mars, translating into much less obstacle avoidance during landing. [19659002] Additionally, Arcadia Planitia is indeed a region of low plains – one of the lowest regions (relative to the mean surface level) on Mars. This translates into much higher atmospheric pressure (i.e., a thicker atmosphere), insulating the region from some of the extremes of Martian weather, as it does its relative adjacency to the planet's equator. Simultaneously, this wealth of atmosphere enables more efficient spacecraft landings. Per a September 2018 update, Starship is set to rely heavily on a series of atmospheric maneuvers to slow down, a strategy that significantly reduces the amount of propellant the spacecraft must use to land softly on Mars (and Earth!).

To tally: Arcadia Planitia offers (somewhat) warmer summers and winters due to its latitude, augmented by a low relative altitude that insulates the region from weather extremes and enables more efficient propulsive spacecraft landings. [19659002] However, perhaps more important than any of the above features is the fact that Arcadia Planitia hosts a vast wealth of water ice resources, ranging from frozen aquifers to glaciers in the adjacent Erebus Montes mountains. Of central importance to SpaceX's strategy for affordably colonizing and exploring Mars is the decision to produce a propellant return – needed for Starships to return to Earth – on Mars known as in-situ resource utilization (ISRU). Starship's use of methane and oxygen is almost entirely the result of this – methane is far easier to work with than hydrogen and can also be easily produced from water, as can oxygen.

the easier it will be for SpaceX robots or astronauts to set up a propellant plant on Mars. Additionally, clean water is extremely expensive to transport in space, and a near-infinite supply of ice-derived water would be extremely useful for all sorts of human outpost needs.

SpaceX CEO Elon Musk believes that the company could be ready for Starship's first uncrewed Mars launch as early as 2020 or 2022 Hohmann transfer opportunities, windows that permit a uniquely efficient journey from Earth to Mars. [19659013] Check out Teslarati's newsletters for instant updates, on-the-ground perspectives, and unique glimpses of SpaceX's rocket launch and recovery processes .