SpaceX goes for two big reuse milestones with the next launch 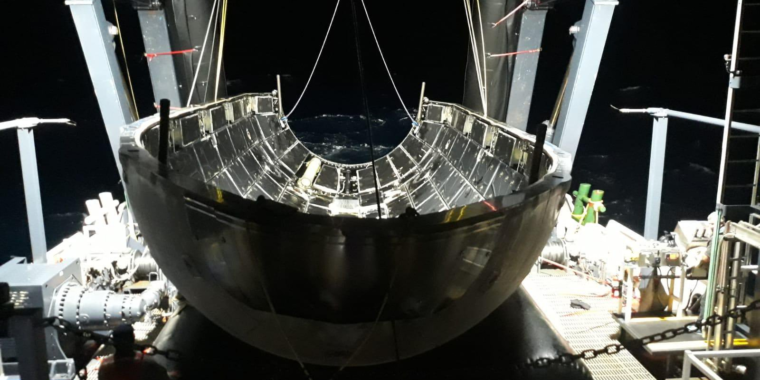 7 satellite on August 6 aboard a Falcon 9 rocket.

But now the company is back to launch launch to send its second batch of Starlink Internet satellites into low Earth orbit. On Tuesday, SpaceX completed a static test firing the Falcon 9 rocket's first stage that is scheduled to launch on November 11 from Cape Canaveral Air Force Station in Florida. Beyond the primary mission, this flight is about two rocket reuse milestones.

This will be the first time that SpaceX has attempted to fly the Falcon 9 first stage four times. This particular stage flew on July 25 (Iridium 7 mission) and October 8 (SAOCOM 1-A) in 2018 as well as February 22 (Nusantara Satu and Beresheet spacecraft) this year.

Additionally, SpaceX will also attempt to reuse a payload fairing for the first time. After a Falcon Heavy launch of the Arabsat-6A mission in April, SpaceX recovered both halves of payload fairing from the Atlantic Ocean. Those fairings have since been refurbished — it's not clear how much work needs to be done to clean them and mitigate the effects of any salt water damage — and will now fly on to the Starlink mission.

One of the benefits to SpaceX of

Since SpaceX launched its first batch of 60 experimental Starlink satellites in May, the program has an upset of its own payload into space. some astronomers who have complained that the doubts of satellites trailing across the sky have ruined the view of the stars. Astronomers also worry about light pollution from thousands of more. SpaceX has vowed to minimize this problem to the extent possible, but it intends to proceed with a constellation that could include 10,000 or more satellites a day to deliver broadband Internet around the world.

Last month, SpaceX founder Elon Musk tweeted via Starlink for the first time. And with an additional six to eight launches, the company says it could begin offering broadband service in the United States by mid-2020.

New discovery confirms that Spinosaurus is a “water-dwelling, river monster”