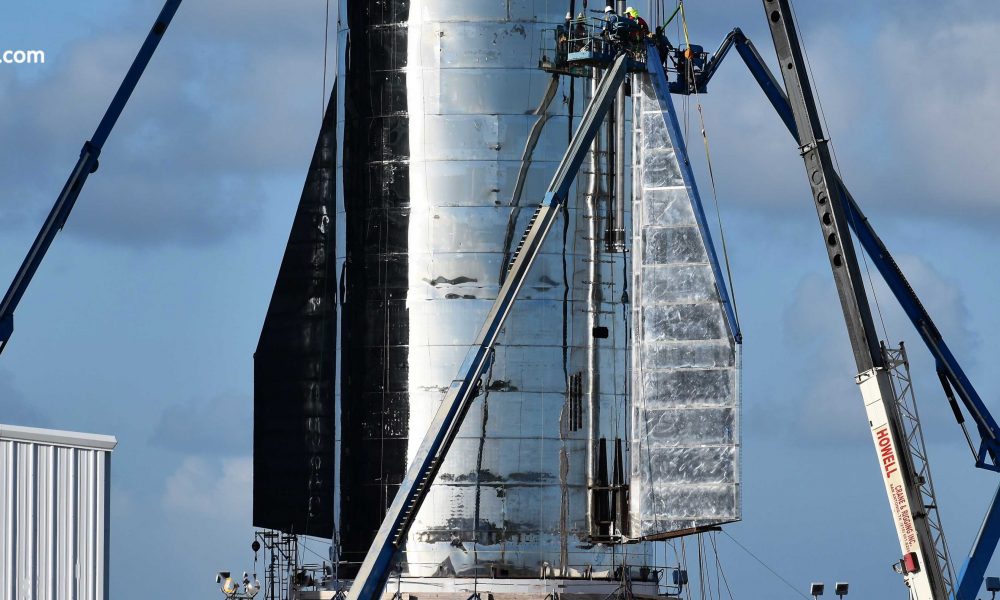 SpaceX CEO Elon Musk is just six days away from giving an updated Starship presentation and the company is working relentlessly to get the spacecraft as close to a finished product as possible.

In the last 48 hours, this burst of effort was marked (most notably) by the installation of two of Starship Mk1's actuating fins / wings, revealing a definite departure from the design Musk and SpaceX revealed almost exactly a year ago. Musk took to Twitter this morning to partially describe some of those design changes and the reasoning behind them.

Musk confirmed that the current design will involve several legs attached to the rear of Starship, separating the fin-leg combinations shown in the previous tripod -fin renders. Intriguingly, Musk expressed that he had not fully “bought into” this updated design, motivated by analyzes that indicated that separating the legs and fins would actually be a lighter solution than combining them. This is certainly unintuitive, but it's extremely encouraging to hear that Musk is seriously trusting and bowing to the educated opinions of some of the extremely skilled engineers that SpaceX is known for.

Like the circa-2018 design , Starship 2019 will feature two actuating wings / fins near its rear and another two canard-like control surfaces near the nose. A third non-functional fin may or may not serve as a leg in the 2019 design. Those control surfaces will work in concert with “very rapid movement [s]” to ensure the stability of Starship during reentry and atmospheric operations, as well as ensuring that spacecraft can safely and stably land on a variety of surfaces.

The new legs look quite a bit different as a result of the design change. As the two actuating fins no longer have to reach the ground and double as the landing legs, they can be quite a bit smaller and located further above the Starship's engine section and rear. It's possible that the stubby fins will have tips attached at their ends to produce a more triangular shape, but we are now heading into unknown terrain until Musk or SpaceX provide updated renders, likely to come later this week.

Of note based on observations of inactivity at SpaceX's Cocoa, Florida Starship facilities, it appears that the company is wholly prioritizing Starship Mk1 in order to get the spacecraft prototype as close to finished as possible over the next several days. Work on Starship Mk2, pictured below, appears to be more or less paused, almost certainly indicating that SpaceX has flowed a large portion of its Florida-based workforce to Texas in a bid to expedite Starship Mk1's assembly.

This is probably the result of CEO Elon Musk requesting that the spacecraft be almost complete by the time he is supposed to present an updated design overview in Boca Chica, Texas. Knowing Musk, it is likely that the event will be held with Starship Mk1 as a centerpiece, be in several pieces or as a single, nearly-complete stack. Set to be livestreamed by SpaceX, the presentation is scheduled to occur on Saturday, September 28th.

Teslarati will be on the ground in Texas to cover the event live and in person. Stay tuned for updates in the coming days!