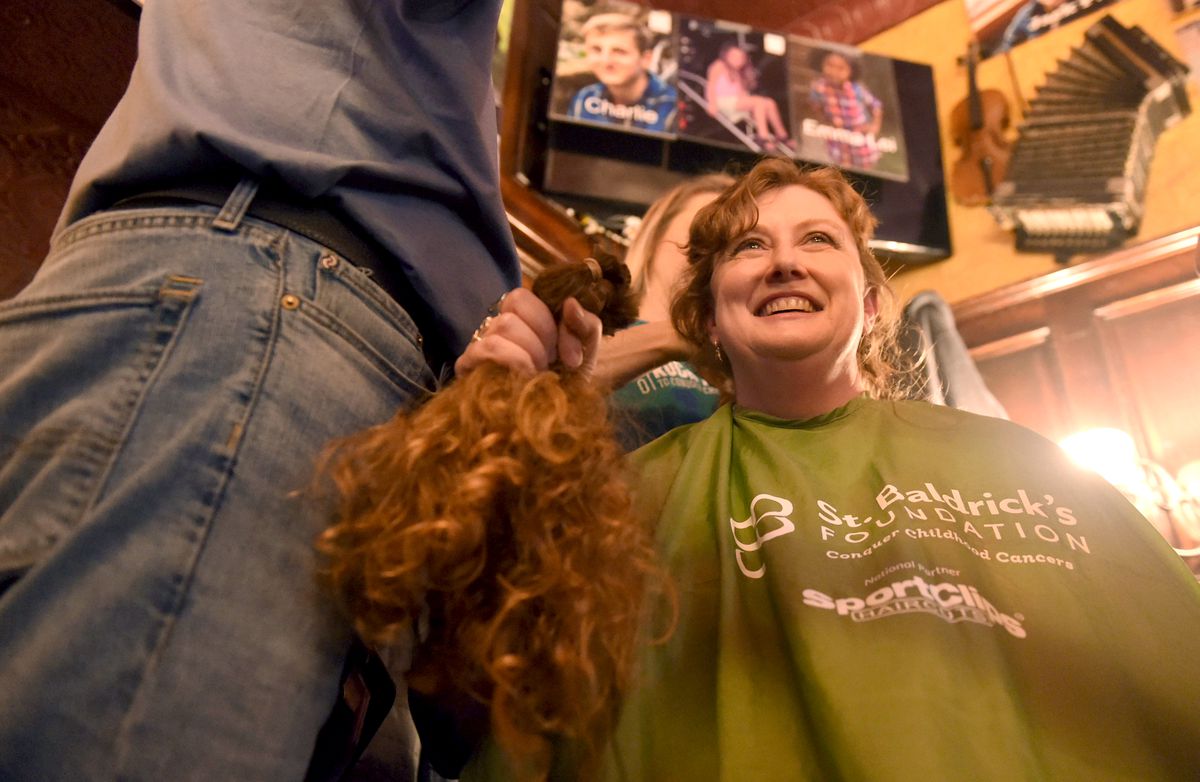 Photos of local children who have battled cancer hanging on the walls over the two shaving stages as humming clippers released lock after lock to ground. Baldrick's is part of a larger national fundraising effort that supports research into cures for childhood cancers. Kitty Hoynes is particularly well known for its herculean fundraising efforts; the Syracuse staple earned the distinction of the top-earning location in the nation in both 201

By the end of the shaving day on Sunday, event organizers reported reaching their fundraising goal of $ 500,000. The top-earner was 14-year-old Bodie Centore, who raised just over $ 30,000. Centore is part of the first place team, the Baldacious Baldies, and a group of middle schoolers from Onondaga Hill who netted nearly $ 53,000 – enough to fund a research grant.

Centore said he and his friends were not motivated by friendly competition the other teams, but the personal relationships they made with kids who are currently sick and fighting.

"When you know them, connect with them, you know what's going on and you can check in to make sure they're ok," Townley said. "It's really cool to know you're doing something good."

Coming on the second place with a razor thin margin was Team Griffin, raising almost $ 51,000 in memory of Griffin Engle of Cicero, who was diagnosed with a rare form of brain cancer just after his sixth birthday and passed away 14 months later. 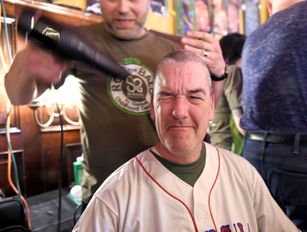 15 years of St. Baldrick's: How Kitty Hoynes Turns Shaved Head into $ 5 million for Children With Cancer

"I can not say enough about this place we are lucky call home, "said Chow Downey, the event's emcee.

Many attendees would agree. "

" I do it as a way of giving back, "said Sue Kline, Baldrick's "shavee" who has been getting her head buzzed every March for the past 14 years.

Kline's 26 year-old granddaughter, Brianna Kline is a long-term survivor of childhood leukemia. After being diagnosed at age 6, Kline spent three years in treatment. Her grandmother Sue says she shaves every year in solidarity with the children and families who were not as lucky

"Brianna went through all her treatments and she survived," Kline said. "A lot of other kids do not."

The numbers are sobering. According to the St. Baldrick's Foundation, childhood cancer, is the number one killer of children in the United States and one in five children who develop cancer will not survive. Globally, a child is diagnosed with cancer every two minutes.

Kati Arva, 33, is a Syracuse mother of two who shaved her head for the first time Sunday afternoon

"You kind of change when you become and parent, "Arva said describing her motivations for wanting to attend.

Her children, a 3-year-old daughter and a 18-month-old son are healthy, but Arva said she can not imagine what some parents are forced to go through.

It is the compilation of those little bits of difference that show the true character of this community and individuals within it. In 15 years, St. Baldrick's at Kitty Hoynes has shaved over 6,000 heads and raised over $ 5 million dollars.

Sue Kline rubbed her fresh buzz cut with one arm as the other draped over her granddaughter's shoulders, both women with smiles from ear to ear 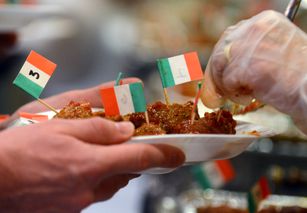