Standoff over venue threatens to derail Trump visit to Ireland 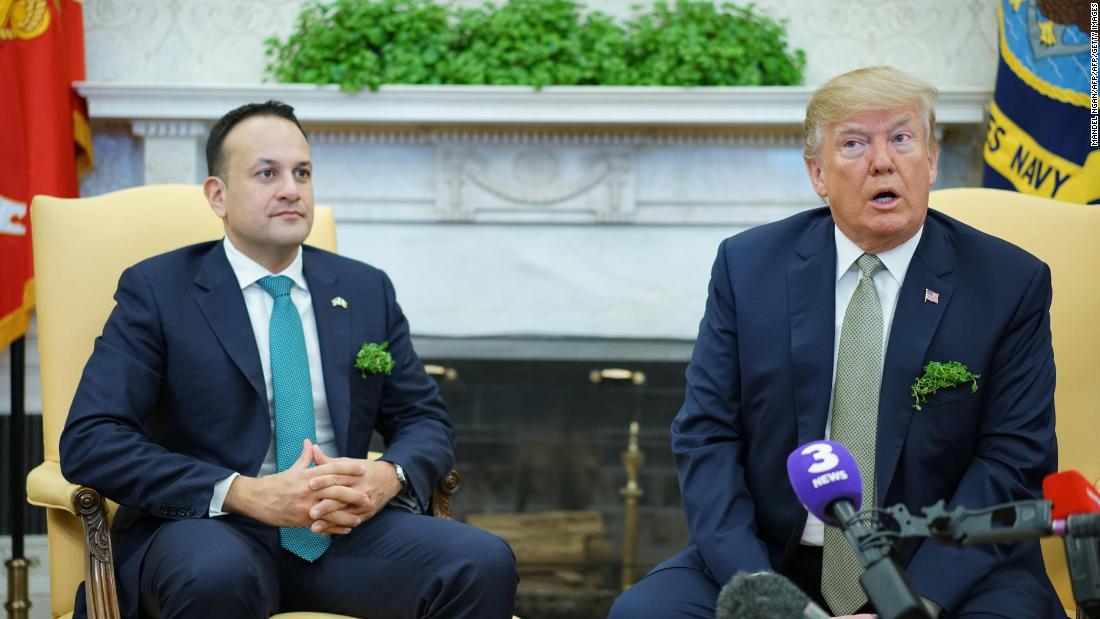 An Irish government source with knowledge of ongoing discussions told CNN that the White House is insisting on the Irish Prime Minister or Taoiseach Leo Varadkar to come to the President's golf course in Doonbeg to host a meeting between the two leaders.

According to the source, "The Irish government feels that the protocol dictates that any event they host for President Trump should be at a venue of their choice and certainly not at a hotel owned by Trump."

"It is a (19659004) The source, who asked that his name should not be used so he could speak freely, says Trump's chief of staff, Mick Mulvaney, has been intimately involved in the discussions and has been insistent that Varadkar come to Doonbeg.

CNN has reached out to the White House for comment.

The Irish side has offered to host Trump for dinner at a nearby venue, the Dromoland Castle, which is where President George W. Bush met with then-Taoiseach Bertie Ahern in 2004, and to have Varadkar come to Trump's Doonbeg property for a breakfast.

"There was an attempt to compromise where the taoiseach would host a dinner for Mr. Trump at Dromoland and maybe visit Doonbeg for breakfast as well," the source said.

So far, the source says, the White House has not accepted that offer and has threatened to have the President travel to one of his golf properties in Scotland instead.

"The standoff is ongoing with attempts to find a compromise," the source said, pointing out that standard diplomatic protocol dictates that "there is no trip officially until the White House make the final announcement."

Another Irish diplomatic source with knowledge of planning says, "President Trump is incredibly unpopular in Ireland."

"Leo is doing his best to minimize his exposure to Trump on this visit, but he is in a tricky position, as practically every American digital company's European headquarters are in Ireland," the source said, noting that corporations such as Facebook , Google, LinkedIn and Apple all have their headquarters there.

When asked about the possibility of a Trump visit, Varadkar told reporters recently, "The President of America is always welcome here. We respect the role no matter what we think of the person themselves."

The demonstrators have also said protestors are more than welcome: Ireland is a democracy and peaceful protest is part of democracy and I would certainly never criticize anyone for taking part in protest if they want to express their views.

The two leaders last met in Washington in March, and Trump said then that "I'll be coming in at some point this year, I missed it last year, and I'd love to have been there. I have a very warm spot for Doonbeg, I'll tell you that. It's just a great place. "

"It's really great to have the prime minister of Ireland with us," Trump said at the time, and the two were becoming "fast friends."