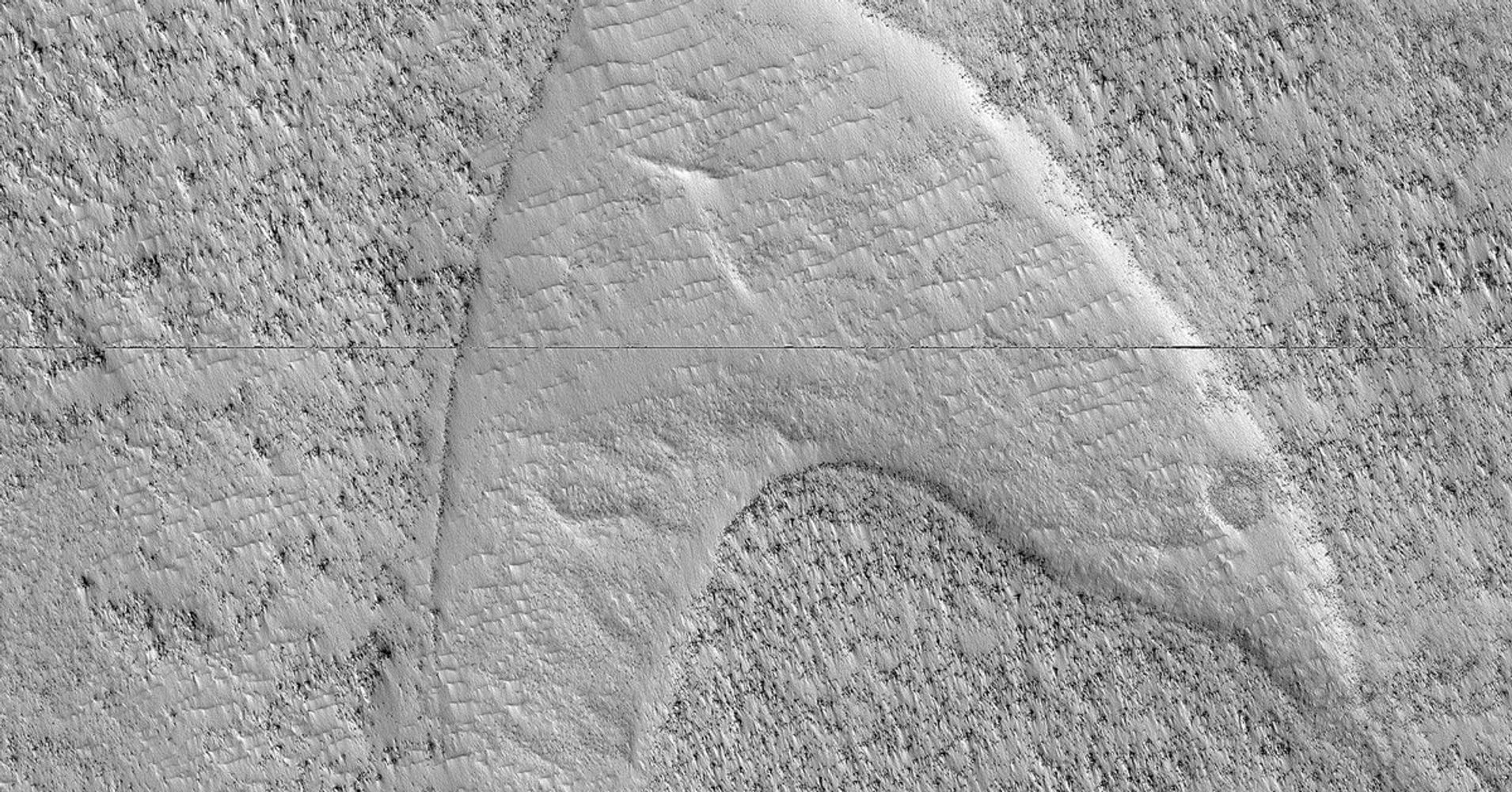 It looks like a highly illogical, but a geological feature on Mars looks remarkably like the Starfleet logo from "Star Trek."

The chevron shape captured by the NASA Mars Reconnaissance Orbiter's HiRISE camera is essentially a "footprint" of an old dune, explains a Wednesday news release from the University of Arizona team behind the high-resolution imaging project that produced the now-viral image

Those footprints, known as dune casts or ghost dunes, occurred when at some point, a volcanic eruption caused lava to flow around the dunes. The lava solidified in shapes around the dunes, but sand making the dunes eventually blew away, leaving the distinctive-looking shapes.

The press release winked at the dune casts' similarities to the emblem of the fictional space organization, noting, Enterprising viewers will make the discovery that these features look conspicuously like a famous logo: and you would be right, but it's only a coincidence. "

In 2014, there were similar headlines when the HiRISE team captured images of a field of dunes that also have an uncanny resemblance to the iconic logo. [196599010] William Shatner, aka Captain Kirk on the original "Star Trek" series, used the opportunity to playfully taunt the rival space franchise "Star Wars."

Meanwhile, "Star Wars" actor Mark Hamill expressed how unimpressed he was with the whole thing. "Looks like a boomerang to me," he wrote on Twitter, adding, "#Meh."

Shatner could not resist getting the last word, though.

Do not be jelly, Mark. pic.twitter.com/W3CjfNj50V