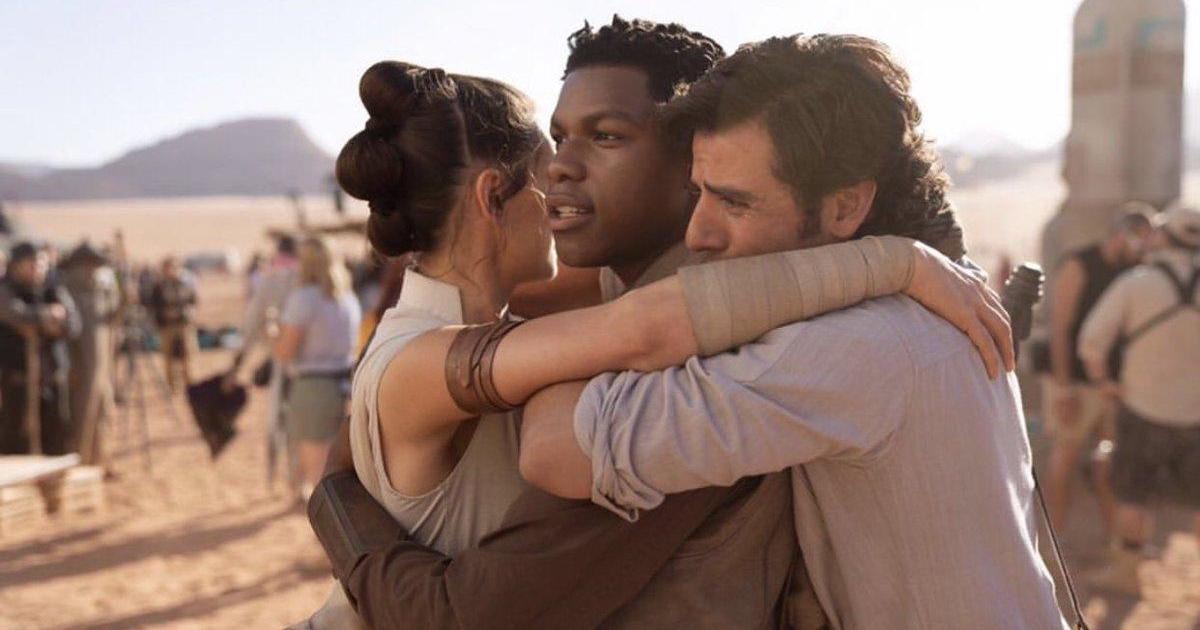 Abrams announced an end to the main photography Friday on the still-untitled final episode of the trilogy. The image features actors Daisy Ridley, John Boyega and Oscar Isaac hugging each other in costume on a desert set. "Abrams tweeted." There is no good way to thank this truly magical crew and cast. "I'm forever indebted to you all."

Boyega joined in the emotional moment. "It really was a joy to be in these movies surrounded by amazing people," he tweeted . "Thank you for making my dreams come true."

The image does not provide many spoilers for the movie, but fans are already picking up on small details. The stars are embracing in a desert environment, which could possibly be Jakku – where Rey is from and where she first met Finn – or Tatooine, Luke Skywalker's home planet, which has not yet appeared in the trilogy. Poe is not wearing his typical Resistance uniform, instead of rocking an outfit that seems to confirm he is the pilot of the Millennium Falcon in a previous Abrams tweet . And Rey seems to have been reunited with her signature staff from "The Force Awakens."

"Star Wars" fans flocked to Twitter to share their excitement for the new movie, and their sadness for the end of an era. Of course, some fans are hoping to spot a surprise appearance from Mark Hamill – who played Luke Skywalker – somewhere in the background

Many noted the similarities between the photo and the cast photo from the original trilogy featuring Hamill, Carrie Fisher and Harrison Ford.

t be answered until the film's release in December 2019.