Starbacks barista wrote "ISIS" at the behest of a Muslim man. His name is Aziz 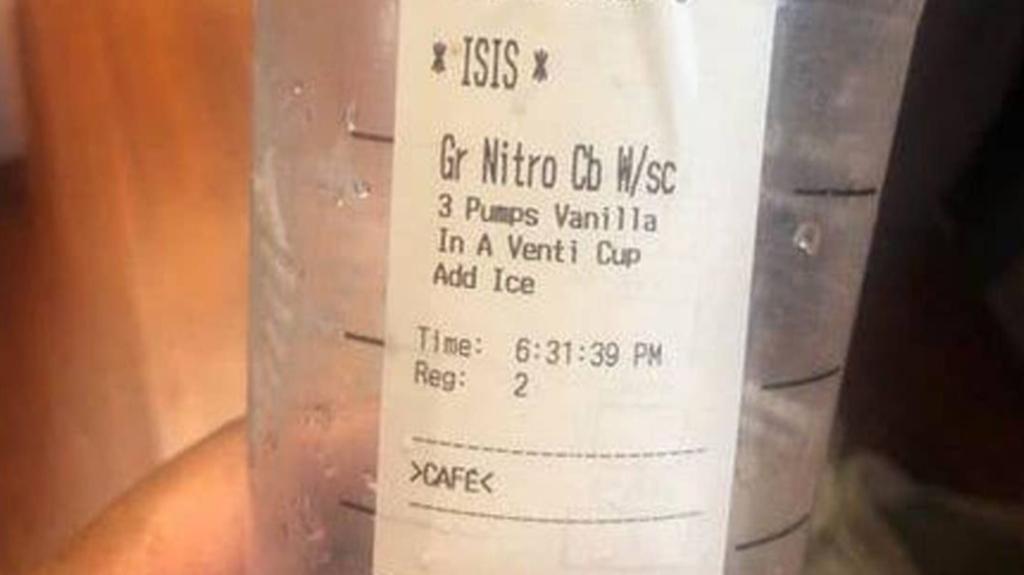 A man wearing a traditional tunic in the Middle East told a barista at Starbucks in Philadelphia that his name was Aziz. The employee wrote "ISIS" on his cups.

Nickel Johnson told NBC News that he was wearing a back – an ankle-length and long-sleeve garment – when he ordered three drinks, one for himself and the other for two friends.

In the video Above: Starbucks employees receive "bias" training.

When he was asked by a barista for a name for his contract, Johnson said he gave his Muslim name "Aziz."

"Abdul Aziz is the name I usually go by; it means servant to the Almighty, "says 40-year-old Johnson, who lives in Philadelphia. "But I cut it for them. Aziz itself is powerful."

He picked up his drinks but did not notice until 20 minutes after returning to a bookstore with his friends that the name of the three glasses was the abbreviation for the Islamic terrorist group, ISIS.

"At first, I was shocked and then angry because I felt like we were being discriminated against," Johnson says.

Starbucks told NBC News on Saturday that the barista spelled Johnson's name incorrectly and that the company believed it was a mistake, not discrimination.

The incident occurred at Starbucks on Avenuetown in the same city where two black men were handcuffed and arrested by Philadelphia police for sitting in Starbucks without ordering.

Their arrests in April 2018 hint at Mr Shamrock and next month Starbucks closed 8,000 locations nationwide for an afternoon of anti-bias training.

Johnson said his experience on August 25 made him believe that racial bias training was ineffective. "You would think they would be a little more sensitive and the training would be better."

A Starbucks spokesman said he was investigating the incident. "The customer approached and gave the name 'Aziz,'" the spokesman said. "The barista misspelled it wrong."

He also said that Starbucks had contacted Johnson and apologized for "this regrettable mistake."