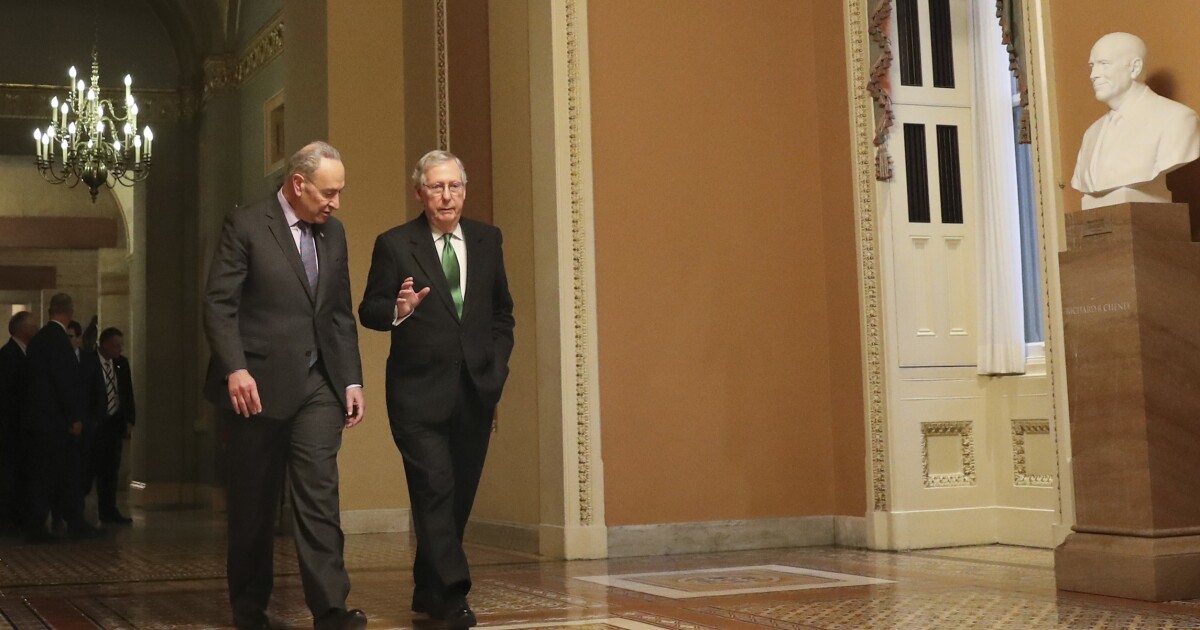 Senate Minority Leader Chuck Schumer wants the Senate to convene hearings and call on the White House on a complaint to file reports against President Trump.

The New York Democrat sent a letter Monday to Majority Party Leader Mitch McConnell, urging the GOP to "take immediate action", which would motivate allegations that Trump is trying to trade security aid with Ukraine in exchange for information that may damages leading Democratic presidential candidate and former Vice President Joe Biden.

"I am writing to urge you and the Senate Republican majority to take immediate action to stop President Trump from denying the intelligence community's whistleblowing complaint that it must be passed to Congress by law," Schumer says in a letter to the Kentucky Republican.

Sumer urged the Senate Senate to "launch an investigation into the administration's work with security assistance in Ukraine."

Democrats in both chambers want access to a whistleblower complaint filed with the intelligence community's inspector general earlier this year, who says Trump made some kind of a phone call from July 25 to President of Ukraine Vladimir Zelensky in return for Zelensky's commitment to investigate corruption charges against Biden and his son Hunter.

Sumer urged McConnell to convene hearings on the matter and to call for the filing of the complaint to the Congressional Congress.

Democrats believe the executive can not dismiss the complaint, but the Trump administration wants executive privilege.

Sumer urged McConnell to ask Trump to release the transcript of the call.

[ Related: "Graves a new chapter of lawlessness": Pelosi opens the door to impeachment]