Summary of Dancing with the Stars: Premiere of Season 29 with Tyra Banks 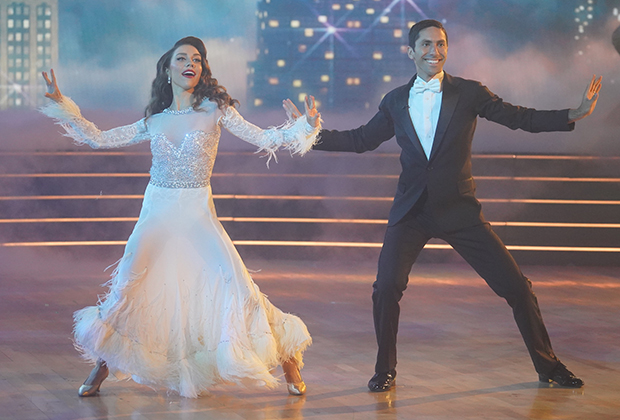 We knew little I dance with the stars fans that when season 28 ended last November, we also said goodbye to version of the show we have known and loved for years.

During the break of the reality show, the show made some major changes: America’s next top model veterinarian Tyra Banks is already the host, taking on the responsibilities of both Tom Bergeron and Erin Andrews (which were released in July). And six-time Mirrorball winner Derek Howe is now behind the judges’ table, seated in a chair usually occupied by Len Goodman (who can’t participate this year due to travel restrictions from the coronavirus).

In addition, the global pandemic has changed things in the ballroom. This time there is no studio audience ̵

1; even there are some phantom toasts and boos coming from … somewhere – and the contestants are now watching themselves perform from socially remote places in the beams instead of the Sky Box. This isn’t the perfect environment for a high-energy dance competition, but is there really anything perfect in 2020?

Celebrity / professional couples this season were not revealed until Monday’s premiere; Before judging the return of the show, here are a few quick thoughts about the 15 performances:

AJ McLean and pro Cheryl Burke (Jive): The night nerves of the premiere did not seem to jingle AJ, even when he lost his balance for a moment from this jump on the floor of the ballroom. I wish the Backstreet Boys singer hadn’t been the first to perform, as his jive had become more memorable with the broadcast, but in itself this high-energy routine was performed confidently. Judges’ result: 18/30 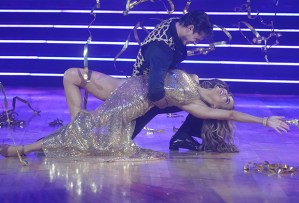 Krishel Stauz and professional Gleb Savchenko (Tango; pictured): I was surprised to see the judges score Chrishell so low this week. Yes, her footwork and frame need some improvement – but we see that a lot of amateurs fall apart completely after taking the wrong step, and I thought that Krishchel did a good job of preventing this tango from derailing. , despite her mistakes. Judges’ result: 13/30

Vernon Davis and pro Peta Murgatroyd (Foxtrot): When we talk about chemistry, we’re talking about moments like the middle of this foxtrot, when Vernon paused and ran his hands over Peta’s shoulders for eight. You don’t often see both elegance and sensuality in foxtrot; Vernon somehow pulled them both out. Judges’ result: 17/30

Anne Heche and professional Keo Motsepe (Cha-Cha): Was Anne’s work a little confused during parts of this cha-cha? Yes. Does any athlete have the most fun this season? Also yes! Judges’ result: 18/30

Jeanne May and pro Brandon Armstrong (Salsa): Jeanne first told Brandon she loved when DWTS the contestants do great tricks and then deliver at least three very impressive tricks of their own in this salsa. That movement with her legs wrapped around Brandon’s neck? Here. For. That. Judges’ result: 18/30

Jesse Metcalfe and pro Sharna Burgess (Quickstep): For a style as tough as a quick step, Jesse did quite well in his first performance … although his intense facial expression didn’t show exactly whether he was having fun there. Judges’ result: 18/30

Skye Jackson and pro Alan Bersten (Tango): Skye went from a bubble teen to a passionate ballroom performer so fast that the transformation gave me as much of a hit as these tango moves would probably do. Although Skye’s movements were sometimes too powerful and torn, its lines – and it parted! – They were insanely good. Judges’ result: 21/30 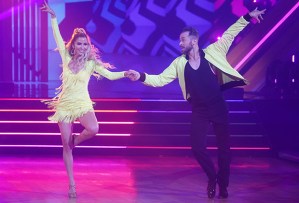 Caitlin Bristow and professional Artem Chigvintsev (Cha-Cha; pictured): I would be glad to see Artem finally reach Dancing finale after years as a pro and based on her first performance, Caitlin could take him there. Although she looked a little nervous during the routine, her perception of cha-cha choreography was strong. Judges’ result: 20/30

Nev Shulman and pro Jenna Johnson (Foxtrot): In my initial predictions of how Season 29 would shake up, I had written off Nev as an early elimination … that I might have to return after this foxtrot. I didn’t expect such confidence and elegance from him in Week 1 and he lived a character better than anyone else in the premiere. Judges’ result: 20/30

Johnny Weir and pro Brit Stewart (Cha-Cha): Derek Howe’s criticism that Johnny should “stay consistent Johnny” was spontaneous: Although this performance was cheeky all the time, the skater seemed a little confident as the choreography turned to the more traditional cha-cha. Judges’ result: 18/30

Justina Machado and the professional Sasha Farber (Cha-Cha): Excuse me as I search Google for “how to gain the trust of Justin Machado” after this full cha-cha, which began with a stand-alone section that would probably shake less qualified performers. Judges’ result: 21/30

Charles Oakley and professional Emma Slater (Salsa): On the heels of strong performances by Justina, Nev and others, Charles’s shortcomings were especially evident during this salsa. But even though the NBA star was among the weakest performers, he was still Emma’s strong and reliable partner during her many tricks. Judges’ result: 12/30

Monica Aldama and about Val Chmerkowski (Foxtrot): Monica and Val’s foxtrot was simple and clear – and the woman knows how to make fan kicks, people! Judges’ result: 19/30

Nelly and professional Daniela Karagach (Salsa): Nelly looked so overwhelmed in her rehearsal package that I was preparing for the worst … then I got a pleasant surprise when he actually performed live. There is certainly room for improvement, but the rapper brought unexpected charisma and musicality in his first performance. Judges’ result: 16/30

Carol Baskin and the professional Pasha Pashkov (Paso Dobl): “Tiger kingCarol Baskin performs a pass double I dance with the starsIt’s really a Mad Lib sentence (and yet, in this particular year, it somehow makes full sense). Honestly, I expected a lot worse from Carol; despite all the tricks and choices of the song “Eye of the Tiger,” at least that wasn’t Rick Perry’s situation. Judges’ result: 11/30

With this I pass it on to you. Who impressed you the most (and least) through Dancingpremiere of the season? Vote in our poll below, then bring the discussion to the comments!