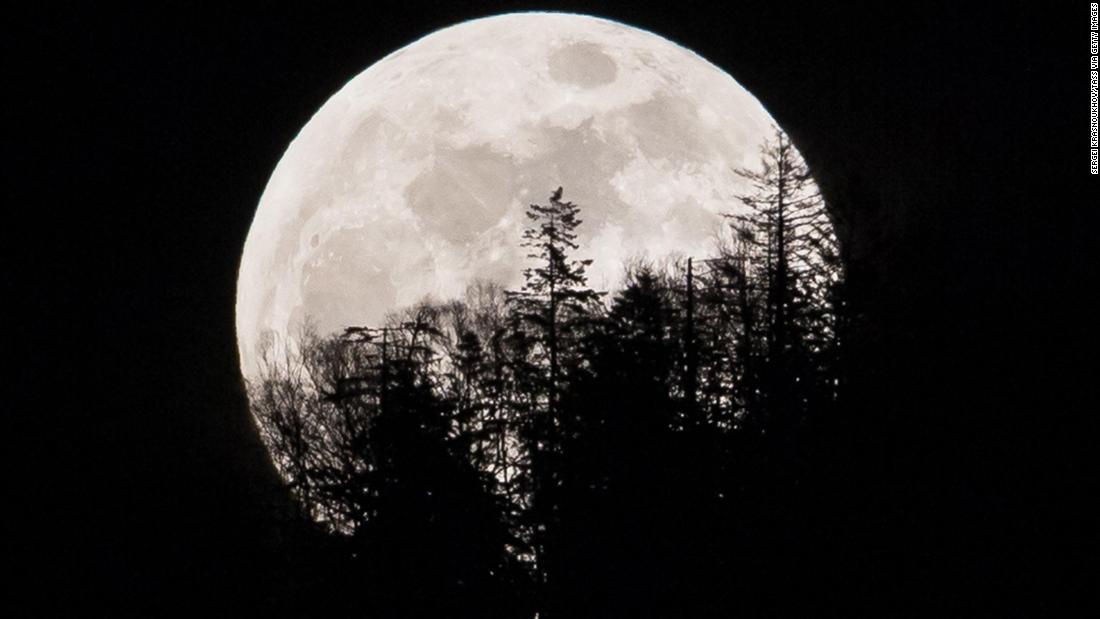 The supermoon occurs during this full moon, because it will be closest in its orbit to Earth. Technically, the supermoon will reach its peak on Tuesday morning at 10:54 am. ET, but it will not be visible then. Instead, keep an eye out Monday and Tuesday night.

Moonrise will be the best time for those interested in capturing dramatic supermoon photos because the moon will be closest to the horizon. Check out your local time for moonrise here

February's full moon is also known as the snow moon. Every month, the full moon carries a different name meaning what is most associated with that time.

Native Americans and Europeans gave February the "snow moon" title because it was the month associated with heavy snowfall, according to The Old Farmer's Almanac.

The supermoon marks a big difference from 2018, when there was no full moon in February – called a Black Moon. This is happening once every 19 years, and it's because January and March each have two full moons.

In January, we were treated to the super blood wolf moon, and while this is not quite as exciting, the supermoon should be a beautiful spectacle. And if you miss this one, there will be another supermoon in March.