Take a look below! Japan's Hayabusa2 launches target markers for the Rügu asteroid 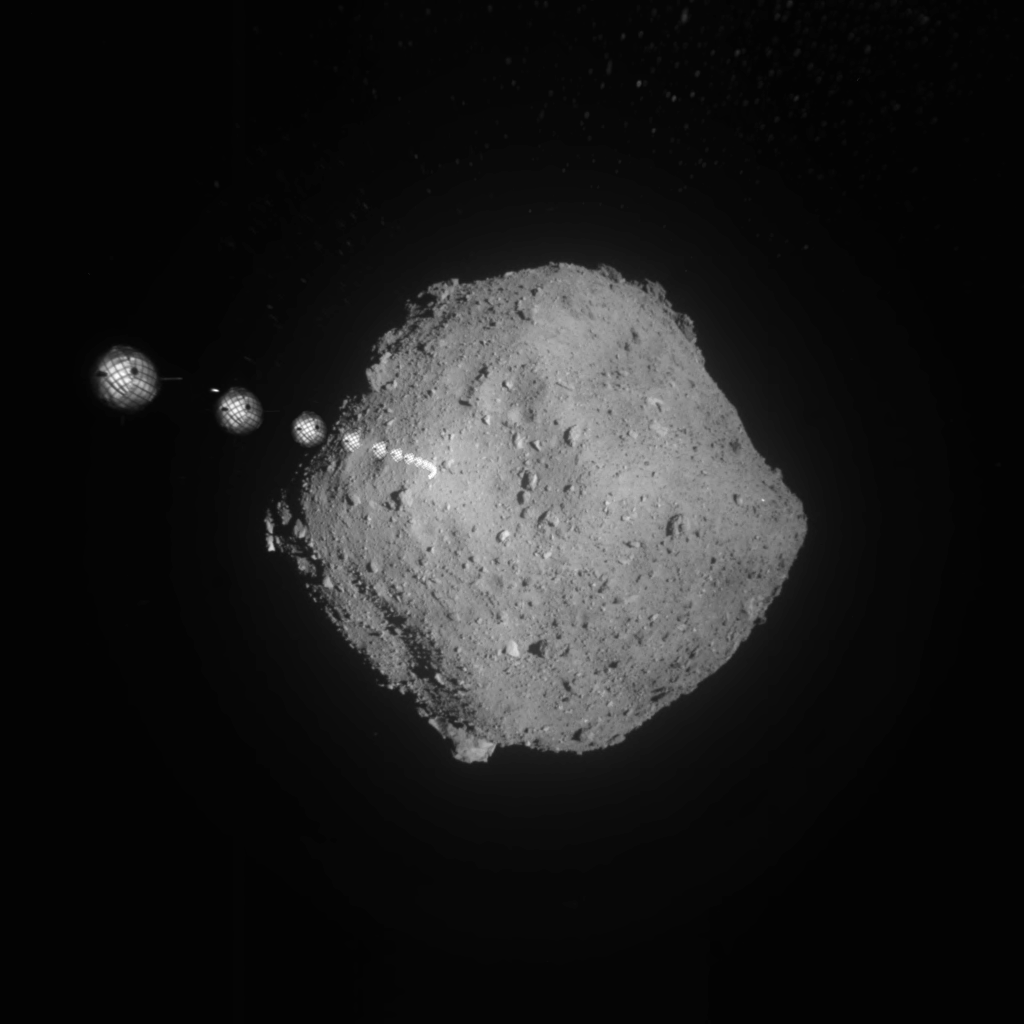 A Japanese asteroid spacecraft practiced its last task before heading home – and made a graceful image.

The Hayabusa2 Mission has been studying a rock rock called Rugu for over a year. During this time, the spacecraft had captured rock samples created an artificial crater and released three small robots to explore the surface of Ryugu. But Hayabusa2 has another rover on board called the MINERVA-II2.

Even before the main spacecraft used this rover, the team that heads the mission of the Japan Space Research Agency (JAXA) wanted to put the vehicle in stride one more time. This rehearsal, which took place on September 16 (September 17, local time in mission control), sent two target markers to the asteroid.

0 centimeters) transverse and filled with – 10 inches across small balls – like a high-tech bag. Hayabusa2 launched with five of these markers and already has two, one last October and one in May. During rehearsal this week, two more left the spacecraft during rehearsal.

During the procedure, the spacecraft shot the target markers every 4 seconds, producing the raw material that made the mission staff stunning

As the camera clicked, the target marker itself remained more or more- slightly in the same place as the spacecraft itself was rising at a rate of about 4 inches per second, according to a JAXA statement. All told, the target markers took several days to reach the surface of the asteroid due to the very low gravity of the cosmic rock.

The rehearsal was originally scheduled for September 5, but JAXA delayed the maneuver after Hayabusa2 briefly entered safe mode at the end of August. Safety mode is triggered by an anomaly during the long unused reaction wheel test. Although the problem for spacecraft engineers was easy to work around, it sent Hayabusa2, rising to its "starting position" 12.4 miles (20 kilometers) above the surface of the asteroid.

Since using the two target markers, Hayabusa2 has focused on monitoring the pair, which will continue to do so through September 23, according to JAXA. The agency has not yet announced when it will deploy the spacecraft's final rover .

This deployment marks the last task Hayabusa2 has to accomplish before transporting its precious space rock cargo back to Earth. The spacecraft will leave Riga in November or December.