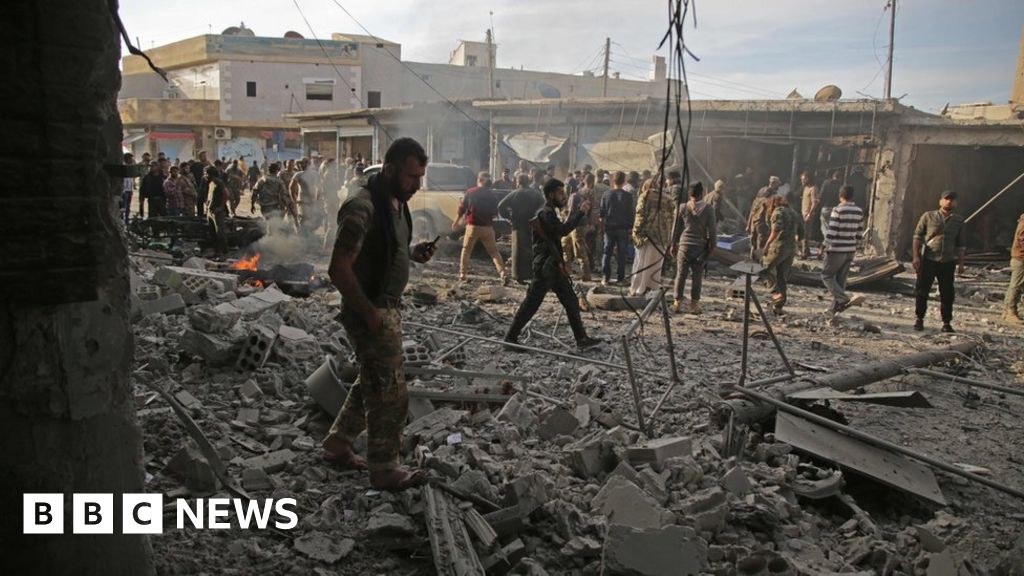 3 people were killed by a car bomb in the northern Syrian border city of Tal Abyad, Turkish authorities said.

The Turkish Ministry of Defense said at least 20 others were injured by the blast.

Turkish troops and Turkish-backed rebels took control of Tal Abyad and other border cities by Kurdish forces last month after US troops – which defended the Kurds – withdrew.

Pro-Turkish fighters and civilians were among those killed on Saturday, according to a surveillance group based in Britain.

The monitor, the Syrian Observatory for Human Rights, said more than 30 people were also injured in the blast. The Turkish Defense Ministry has accused the Syrian Kurdish militia group, the YPG, of planting the bomb. No group claimed responsibility immediately.

Turkey's military invaded overseas Kurdish areas in northern Syria as soon as US forces withdrew. Turkey has a longstanding feud with the Kurds and wants to push the YPG out of its border.

Turkey claims YPG is a "terrorist" offspring of the banned Kurdistan Workers' Party (PKK), which has been fighting an uprising against the Turkish state since 1984.

US President Donald Trump has faced widespread international criticism over his decision to remove US troops from the area, leaving Kurdish forces – who allied with the US in the fight against the Islamic State (IS) – suffered heavy losses – armed from the Turkish army.

Tens of thousands of people fled their homes in October in border cities in northern Syria, including Tal Abad and Ras al-Ain, as Turkish forces pushed through the area,

Hackers revealed the personal data of 1,000 Belarusian police officers during a weekend of protests