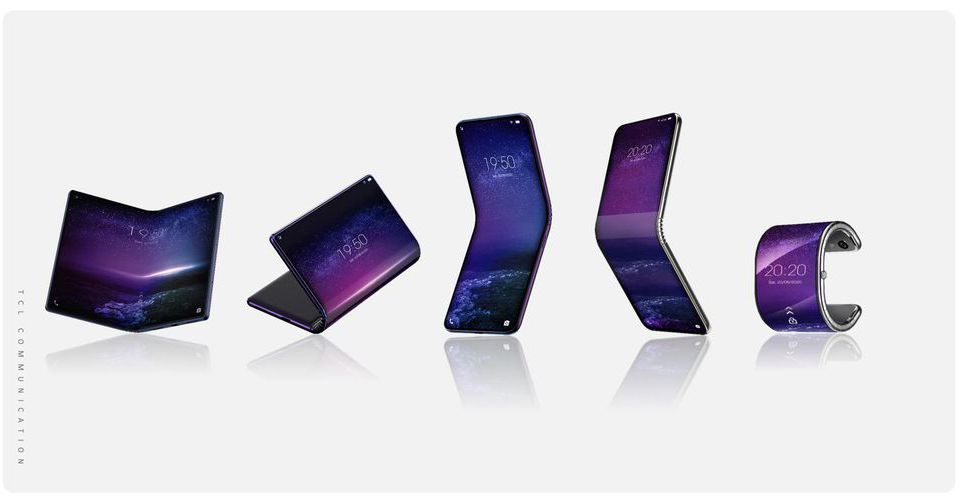 We saw practically as many folding phone concepts as phone makers, but a particularly interesting idea could soon return from the dead – CNET reports that the owners of the BlackBerry brand and Alcatel work as five different folding devices, one of them a phone that can bend around your wrist like a bracelet on the image you see just above these words.

This is not really a new idea: one of the first folding prototypes we saw from Lenovo was a bracelet watch as early as 2016. Here's a video from Moor Insights & Strategy analyst Anshel Sag: 19659003] Honestly, details of TCL devices are quite scarce. CNET has only received the renderings above and a patent submission image to show how these gadgets can work and none of them responds to the most important question : will it automatically turn on, if you hit him in a wrist by hand?

But the report suggests that all five devices are in the process of being developed and are not just an art department's interpretation of five different directions that TCL can do if it wants to build a folding phone in the future.

Plus, source says The Verge that TCL may have more to say and show at the Mobile World Congress in Barcelona next week.