Technology will not save us from climate change 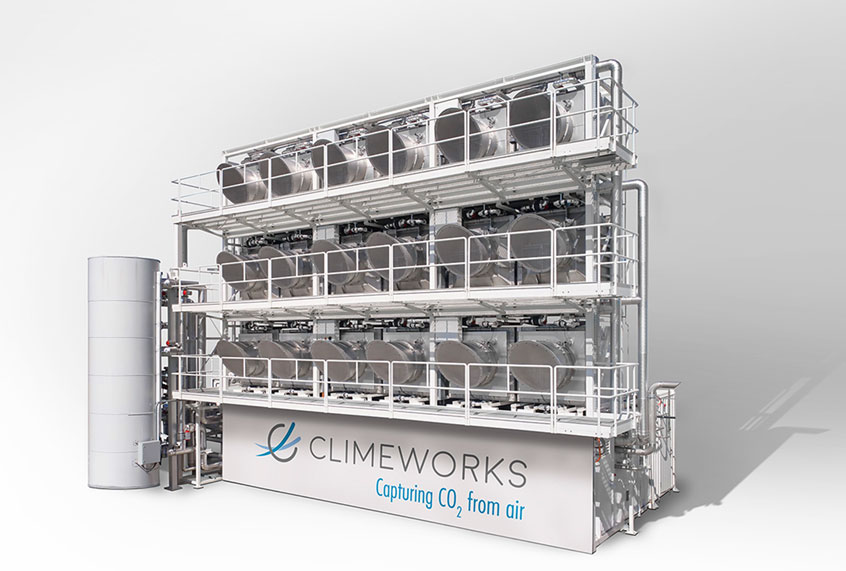 If the Roman Republic understood the conditions that cause climate change, they could easily stop it. This is because all you need to do to stop climate change is stop using fossil fuels and plant a huge number of trees. Together, these actions would reduce the excess of human carbon dioxide that is currently describing the atmosphere and causing damage to our planet.

This idea – that an ancient civilization without electricity and a technology-industrial complex close to the Silicon Valley could solve climate change – may sound unthinkable to sophisticated entrepreneurs and their journalistic lackeys who invest in such things. Indeed, for at least a decade, the media landscape has been littered with casuistic fluffy pieces with titles such as:

"This machine has just started to suck CO2 out of the air to save us from climate change" (Fast Company, May 201

" Why and how should businesses deal with climate change now "(Forbes, October 2018)

The unsent message behind these stories? Climate change is the kind of business that can be resolved – as if it were similar to the ironclad of the supply chain icon or the PR crisis.

But this is not the case. Climate change is a political problem with a political solution. The Roman Republic, at its peak, had a well-organized, representative government capable of carrying out large-scale public works projects, such as Roman aqueducts or the vast Roman road system that extended into North Africa and Southern Europe. If political will existed among citizenship, the republic could certainly organize itself to tackle the climate crisis.

With the reorganization of society and industry, we could easily handle the Romans. Yet our civilization is collectively mesmerized by the technology industry to believe that anything can be solved through more gadgets and more money thrown into the technology sector.

Due to the alluring nature of gadget makers in Silicon Valley, we often cannot see this happening before us. But you only need to look in other industries where Silicon Valley is an "innovation" to see results.

Take Juicero, for example: a $ 400 juicer that squeezes its own packs that can easily be rolled up with one hand and offer no marked improvement over the millennium "citrus extraction technology". What the non-working Juicero has done, however, has made its users addicted to its ridiculous and wasteful juicing packages. Google invests hundreds of millions in Juicero before it goes bankrupt. Innovation, really.

Or you might think of another "innovation" in Silicon Valley, such as social media, a complex digital social system whose core function seems to force us to use it. This demonstrably made people more narcissistic and less happy. Now social media companies are making a collective needlework to come up with damage-reduction strategies.

Here's how Silicon Valley fixes things, or rather pretends to do: first, by inventing problems in the first place, then they issue their own "solution." This is not a model I would apply to the thorny question of surviving all life on Earth.

But the more pressing concern here is that technology simply cannot solve the problems it creates. Never forget that 100 companies are responsible for 71% of all global emissions; or that the tech giants are one of the worst offenders when it comes to producing disposable goods or are complicit in an endless cycle of planned aging.

Recently, the consumer-oriented technology industry has been transformed into an earlier model. In this model you do not have to own any gadgets, software or media; you just rent them from corporation forever. Businesses prefer this model, and instead of buying something once, you pay to rent it forever – and that means far more money for them in the long run.

I have no doubt that if we allow technocapitalists to cope with climate change, we will come to a similar situation: world governments will conclude carbon capture contracts for a group of technical behemoths, to whom we will pay forever to hire their equipment and keep things stable. If they eliminate the problem and remove all excess carbon from the atmosphere, their services will become useless – and their shareholders and investors would certainly not want it. It is better to keep the problem intact for as long as possible to dry the public sector for all eternity – ironically, by repairing the problems that technology, to a large extent, creates. This is the perfect grip.

Unfortunately, the brand of magical thinking in Silicon Valley has poisoned us so much that few are able to see the concept of technological correction of climate change as a farce. Capitalism treats the environment as appearance and insatiably creates waste and pollution. This is a teaching that is incompatible with the survival of life on Earth.