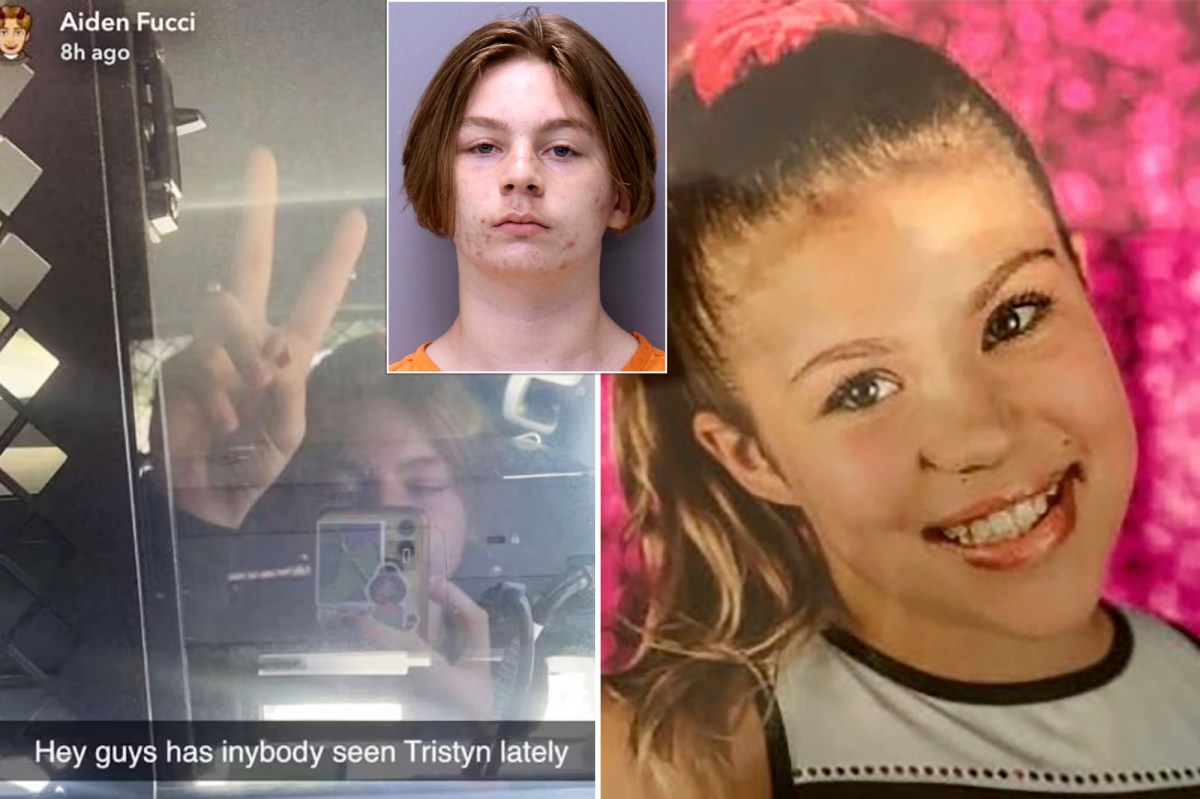 A teenager posted an alarming image on Snapchat after he was arrested for the murder of a 13-year-old cheerleader found dead in a remote wooded area of ​​Florida, cops said Monday.

Aidan Fucci, 14, is charged with second-degree murder in the death of Tristin Bailey, whose body was found Sunday night just hours after she went to Vimming, according to St. John’s County Sheriff Robert Hardwick.

In a twisted Snapchat posted after the arrest, Fucci can be seen giving the peace sign in the back of a patrol car.

“Hey, guys, there’s someone [sic] has seen Tristin recently “, reads an inscription in the post on social networks.

Bailey, a seventh-grader at the Patriot Oaks Academy, where Fucci is in eighth grade, was last seen Sunday around 1

:15 a.m. in a community center, the local WJXT store said.

Her family said she disappeared at 10 a.m. – and then a major search was carried out in the area, with dozens of community members touring the woods near the North Convenience Center.

Bailey’s body was found by a neighbor around 6 pm in a remote wooded area near a pond.

Later that evening, Fucci posted the photo with the twisted message on Snapchat, according to WJXT.

The sheriff said authorities knew about the freezing selfie, but did not comment further.

The investigation is still in its infancy, Hardwick said.

He also did not immediately provide a motive for the murder or the cause of death of Bailey, who was fully clothed when she was found.

In addition to attending the same K-8 school, the teens grew up in the same neighborhood, according to local outlets.

Fucci was detained in the juvenile justice department in Volusia County. He is due to appear in court on Tuesday morning.

A candlelight vigil for Bailey was scheduled for Monday night in the Durbin Crossing neighborhood.