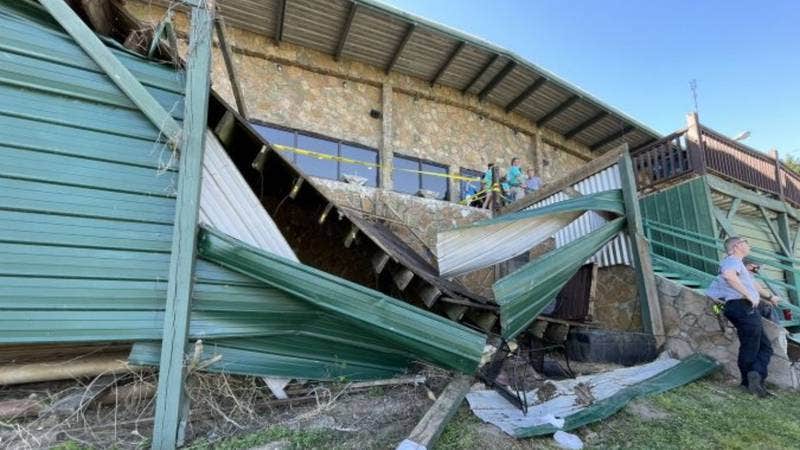 A deck collapsed at a restaurant in Tennessee on Saturday, leaving 11 people hospitalized, including two with critical injuries, reports said.

Amy Maxwell, who is part of the Hamilton County Emergency Management, told News Channel 9 that people were at the Zois restaurant in Sodi-Daisy celebrating a birthday. She told the station that witnesses had told her that the party was taking a group photo when the deck came out.

The report, citing witnesses, said some fell around two stories, but noted that the information was not provided by county officials. The incident reportedly occurred around 4 p.m. Reports indicate that about 40 people may have been on deck at the time it collapsed.

WRCB TV reported that the county̵