Texas Chiefs: Admission of Fans to “Moment of Unity” to Test NFL, Goodell 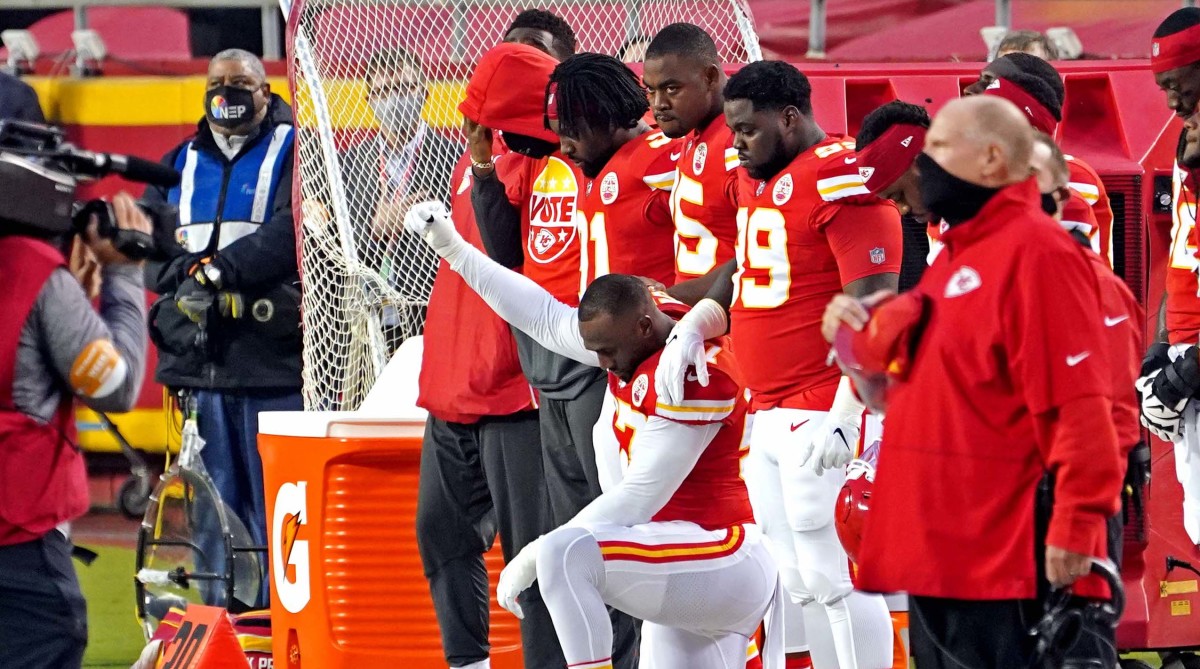 I’m not sure if NFL Commissioner Roger Goodell expected scattered fans at Arrowhead Stadium to highlight the moment of unity before the game began. Somewhere along the line in their thousands of actuarial meetings as to whether they should support players in their quest for – gasped – equality must have come out.

But if we have learned anything about the weather forecasters and the women who run this league and the country as a whole, the continued support for such things always depends on how the wind blows. This off-season, in an incredible and quick moment of cohesion by the league’s players, the NFL’s hand was forced. Accept what Colin Copernicus was trying to warn the country about, and admit that he has a point. Invest in programs and initiatives that could benefit discouraged communities. Support players who, in their invaluable time, help pass legislation, arrange meetings with local law enforcement and address systemic racial injustice.

Or run the league without them.

And so we got Thursday night. Anti-racist signs in the back of the end zone. A concert by Alicia Keys before a game in which one of her backup singers wore T-shirt number 7. Names of victims of police brutality on the backs of the players̵

Maybe it’s a deviation. Maybe we are making the familiar mistake of paying too much attention to the small pockets of people determined to wander around life with their eyes closed. But maybe this thing is getting uglier than we ever expected. Perhaps the rhetoric of 2016, the placement of players as “sons of bitches”, the letter-writing campaigns and the alleged drop in ratings were just child’s play. Maybe the NFL continues to be the battlefield it never wanted to be, especially as we approach November, and the incumbent president, who received plenty of donations from many NFL owners during his first campaign, messes around the pillow. sofa for some new (old) ammunition.

Will Goodell and the NFL stick to their plan? Will they refuse, like their players, to bend in the storm? In Week 11, can we still hear Rodney Harrison and Tony Dungi provide a realistic part of life that most of us have the privilege of ignoring?

All the time we are talking about conserving energy after a seismic event. Continuing to discover endurance as the rest of the world moves forward, back to its bunkers of self-interest. Thursday night was the culmination of the off-season musculature of the NFL’s brightest stars. It was a massive billboard apologizing for all the swings and hesitations over the last four years. It was an absent parent who ordered your birthday present five months later, sending it home with a small card that said, “Are we cool?”

But today is a different day; in the morning, after all the capital has been spent and utilized. The return begins today. Today is when the owners tune in to their chosen morning opinion channel and swallow the inevitable and ridiculous response on Thursday night and how it is somehow, undoubtedly non-American.

Tampa Bay Buccaneers WR Chris Godwin probably out against the Chargers; It is possible to return in week 6