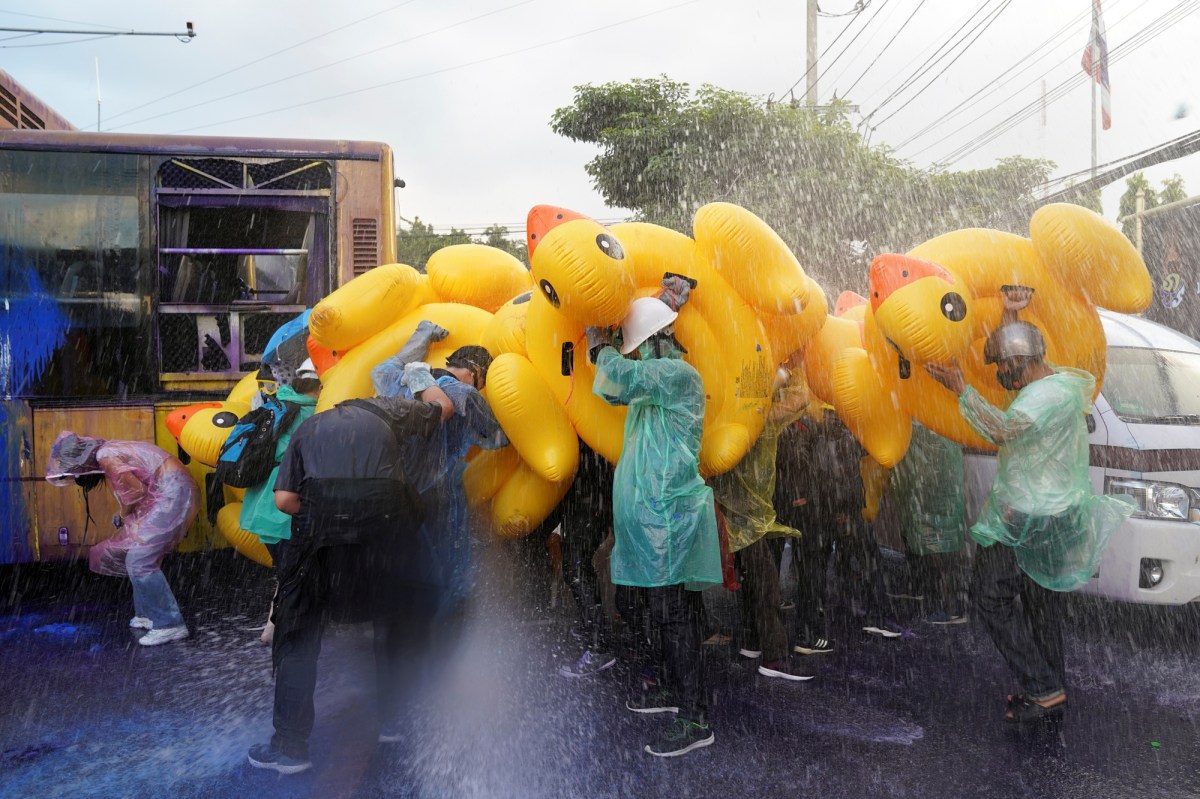 New photos of the unrest in Bangkok, where protesters are pushing to shake the monarchy and the country’s leadership, show demonstrators repelling jets of water, running behind bright yellow balloons – which look like massive rubber bath toys.

One photo shows protesters against the government seeking shelter behind two buses carrying four of the inflatable birds.

The student-led democracy movement has gained momentum in recent months as it has pressured Prime Minister Prayut Chan-ocha to resign and make Thai King Maha Vajiralongkorn more responsible, according to the BBC.

Prayut, a former general, seized power in a military coup in 201

Protesters also want reforms in the Thai Senate, where members are not currently elected.

The escalation of violence saw members of the pro-democracy movement clash with pro-monarchist protesters and police, who used tear gas and water cannons to disperse protesters.