That was weird, wasn't it? 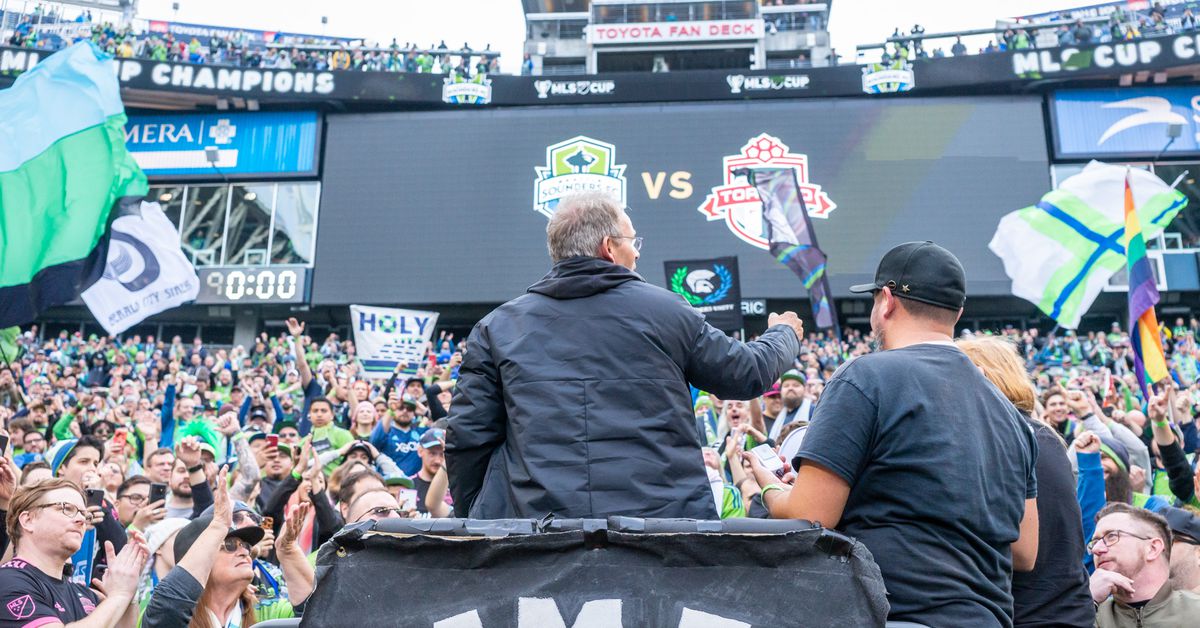 First of all, it is an absolute joy to be alive. This is the basic principle that governs my life. I think I've told you this before. Even in the most difficult of circumstances, I find something to enjoy. It's not always easy, but it's something I force myself to do. This is the lens through which I try to look at everything.

Right now – just this second – is one of those moments that I will use for the rest of my life to remind myself what joy life can bring, bring us. Don't get me wrong, I'm not going to pretend for a second that we Sounders fans weren't spoiled for the Decade of Domination because we were absolutely so. But what I'm going to tell you is that winning the 201

9 MLS Cup will forever be one of the sweetest moments of my life.

In early 2019, longtime Sounder at Heart editor and founder Dave Clark was hired by Reign FC and Tacoma Defiance. Dave always deserved the professional work and we were all very happy to accept the position. Dave, who did this job, meant that suddenly there was a huge hole that needed to be filled in here. Many people, including myself, needed to fill this impossible hole. Jeremiah deserves all the credit in the world to make sure that you, the reader, have not noticed a hiccup. There were some, but we tried our best. After all, this whole enterprise does not operate without its most important part; you.

I owe so much to Dave. At a low point in my life, I was fired from my dream job after 37 days. It was an internal blow to all the punches in the gut. Dave came to me at this point and asked me to send tweets about Sounder at Heart. Of course, I said yes. And well, here I am. It was really weird for two years.

Remember April 2019? That was only seven months ago. I know I felt four years ago, but it wasn't that long ago. We were so young then. The Sounders looked like the best team in the league until they did. Obviously, we've thrown a lot of that into these pages, so I'm not going to go into too much of that, but I think it's important to remember the highs we had at the beginning of the season so we can really appreciate where we are at the moment. The most important thing to remember is the middle of the season.

Look, what I'm doing here is great. I wouldn't trade it for the world. But I have to be honest with you – this summer has been so, so difficult. It was the Iron Front. It was a team that played poorly. These were international calls. These were all things. I remember sitting on Airbnb in Portland the night the Sounders won the Cascadia Cup. The speakers played incredibly well that night, but I wrote another story on the Iron Front after talking to Stefan Frey for a long time. I just blocked another right-wing troll who called me a terrorist. It was my birthday weekend. I'm mostly a solid dude, but this shit gets old, really fast. I didn't think I had it in me, but something to see the team that night gave me hope. Then winning against the Galaxy gave me more hope. Then the victories against San Jose and Minnesota gave me the greatest hope. This team was able to accomplish special things in strange ways.

More serious things will be said about how this team came to be, but I'm here to talk about emotions. I have a quick story to tell you. When FC Dallas made it 3-3 in the 82nd minute of the opening round, I immediately got out of my seat in the press box and went to the bathroom to scream. I'm not very proud of this moment, but I think it serves a bigger purpose. I didn't think the Sounders would lose that game, but I scolded whom I believe at the moment because this team was committed to making things never easy, at least until now.

I'm just going to go out and say it. The Salt Lake game, the LAFC game and the final against Toronto? That was easy. I mean, obviously they weren't easy, but I think you know what I mean. The speakers settled into an identity that made sense to them, and they paralyzed everyone before them.

I spent a whole week looking at the possibilities. Honestly? I never saw a scenario that ended with Toronto FC lifting the MLS Cup on our field. Not against this team. Not in front of us. This team, this Seattle sound system, was created for that.

Things got really, really weird this season. More strange than I could have imagined. But in the end, there is only one thing that matters, which is the team that lifts the trophy. This team is your Seattle speakers. This team picked up this trophy for you. Drink it. These are the days of our lives. It is an absolute joy to be alive.

The parade is Tuesday.

LeBron James responds to critics after the Lakers’ victory: “Everyone can speak from the outside”