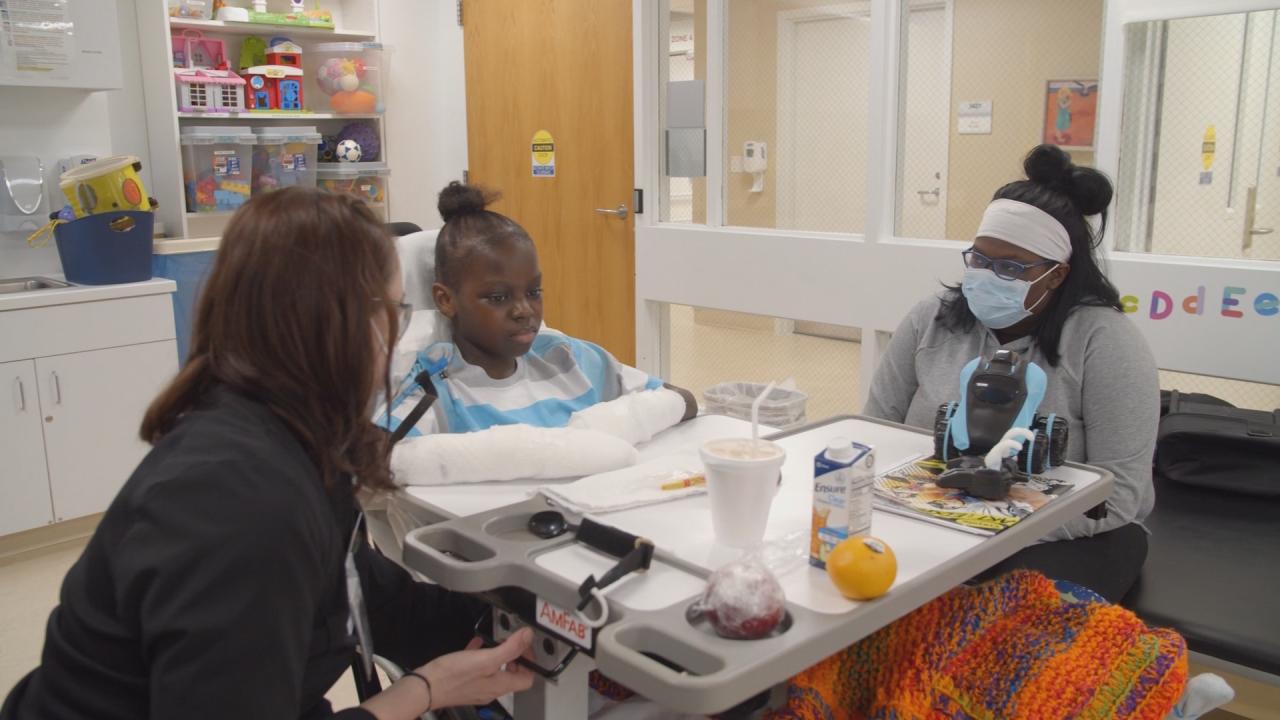 GRAND FAST, MICHAIS (TREE) – On Monday morning, a 10-year-old boy from Michigan, Dei-Shun Jamieson, had both arms and his left leg amputated after developing a rare, severe condition that affects children and is associated with a coronavirus.

Earlier in February, his right leg was amputated after suffering from multisystemic inflammatory syndrome in children.

“I was told he had MIS-C and I didn’t understand what it was. I’ve never heard of it, I had no idea about it, “said Day-Shun’s mother Britney Atman.

This is because MIS-C is so rare. To date, less than 80 cases have been reported in Michigan. Among the patients was Rockford High School football player McBowman, who fought him last fall and survived.

Less than five children in Michigan have died from MIS-C. One of them was 1

4-year-old Honesty Hodges of Grand Rapids, whose detention inspired a change in the youth policy of the Grand Rapids police. She succumbed to the disease in November.

As of Monday night, there have been 2,060 cases and 30 deaths nationwide from MIS-C in children since mid-May 2020, according to the CDC. Other potential cases are under investigation.

“We see this happening to children who are otherwise healthy, so it’s very challenging,” said Dr. Rosemary Olivero, a specialist in pediatric infectious diseases at Helen DeVos Children’s Hospital.

Pediatricians everywhere are trying to find out more about MIS-C. Because COVID-19 is new, so is MIS-C. Doctors still have many questions about how it works.

“The general way it will continue (is) that you have a (coronavirus) infection, mild or not, is recovering and then developing this new disease, which looks very different from acute respiratory COVID,” Olivero said.

Atman and Dei-Shun’s entire family contracted the coronavirus a few months ago. Dae-Shun was asymptomatic, but his mother noticed about two weeks later that he was not well.

“I noticed that he was lying around. He said he had a headache and then the day before I took him home, the day I took him, he had a high fever, ”Atman said.

The Dae-Shun GoFundMe page tells the story of the coming weeks. In December, procedures aimed at rescuing his limbs. In early January, blood loss as doctors tried to deal with the infection. On January 15, the amputation of his right leg. Then, last week, the word that both his arms and his left leg would be amputated.

“The basic rule we all keep coming back to is that children are fine, children are well, and indeed children still have a much lower risk of severe, acute respiratory COVID-19. It’s still like that, ‘said Olivero. “However, MIS-C shows us one of the many rare, strange manifestations that the coronavirus can cause, which can make an individual ill.”

Doctors warn parents to look for signs of MIS-C after their children have tested positive for the virus: fever, abdominal pain, vomiting, diarrhea, neck pain, rash, bleeding eyes and fatigue.

As the search for answers continues, the journey to help Dae-Shun adapt to his new life is just beginning.

“I’m trying to find ways to get him back to the way he was as much as possible,” his mother said.

After recovering from surgery on Monday, there will be more rehabilitation, similar to the work Dae-Shun has already done at Mary’s Free Bed Rehabilitation Hospital in Grand Rapids.

Outman hopes her son’s next steps will be prosthetics.

“It simply came to our notice then. That’s what I want for him, “she said.

No matter how these steps are taken, Atman said she will be by her son’s side all the way.

The CDC wants you to prepare for a zombie apocalypse. (Yes, you read that right.)