The Avengers almost introduced these Phase 4 protagonists to the MCU 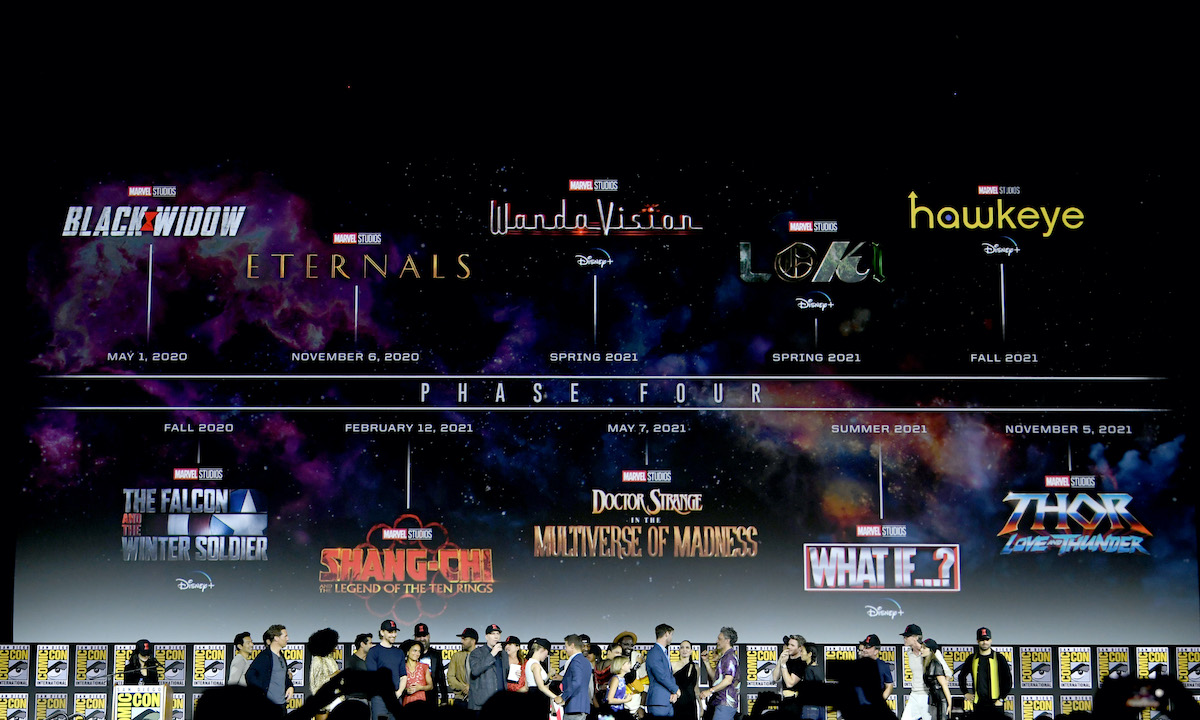 The Avengers: The ultimate game completes the looming threat of searching for Thanos (Josh Brolin) for the endless stones and serves as a farewell to several key characters. But Phase 4 of Marvel’s kinematic universe promises to inject some new ones into the mix. It turned out that two of the most important characters almost appeared in 2012 The Avengers.

Marvel Studios has gradually expanded the list of MCU characters

Looking back on more than a decade of storytelling, Marvel Studios really built MCU piece by piece. Phase 1, for example, focuses on creating the original six avengers. The four heroes of the tent received at least one solo film per piece before their big team.

Scarlett Johansson’s black widow had a supporting role in The Iron Man 2. And Jeremy Renner’s Hawkeye did a cameo in tor. And so, over time The Avengers launched, MCU fans were already aware of all the key players, even the villain Loki (Tom Hiddleston).

Phases 2 and 3 then expanded the MCU to include the cosmic and mystical sides of the Marvel universe. Along with that came characters like Dr. Strange (Benedict Cumberbatch), Captain Marvel (Bree Larson) and Guardians of the Galaxy. But Phase 1 almost jumped the gun.

According to Bleeding Cool, producer Chris Fenton’s new book reveals that Marvel has almost included Shang-Chi or The Mandarin in The Avengers. As president of the China-based DMG Entertainment Motion Picture Group, Fenton works to bring American films to China. The nation is a huge market. In fact, the 2015s Avengers: Age of Ultron presented additional footage in the Chinese version of the film to cater to this audience.

At one point, DMG was negotiating a joint production The Avengers with Marvel. And the plan would include a special teaser at the end of the film exclusively for the Chinese market. The discussion tended toward Shang-Chi because of concerns about mandarin stereotypes. However, the deal failed. Ironically, the mandarin – or at least some version of it – appeared in the next MCU film, Iron Man 3.

RELATED: MCU: This Guardians of the Galaxy actor may return for groundbreaking phase 4 film

The Mandarin, played by Ben Kingsley in Iron Man 3 it eventually reveals itself as a fabrication. But since then, the MCU has established that the real villain exists and is still at large. And now that Phase 4 is about to begin, fans will finally meet the real mandarin for the first time. And he will face no one but Shang-Chi himself.

The first Asian leader in MCU, Simu Liu participated in Shang-Chi and the legend of the ten rings. In this film, Tony Long will also debut as “The Mandarin” almost a decade after the character talks about his inclusion in The Avengers. Destin director Daniel Creton’s film – a key part of Marvel’s Phase 4 plan – is currently scheduled for release in May 2021.