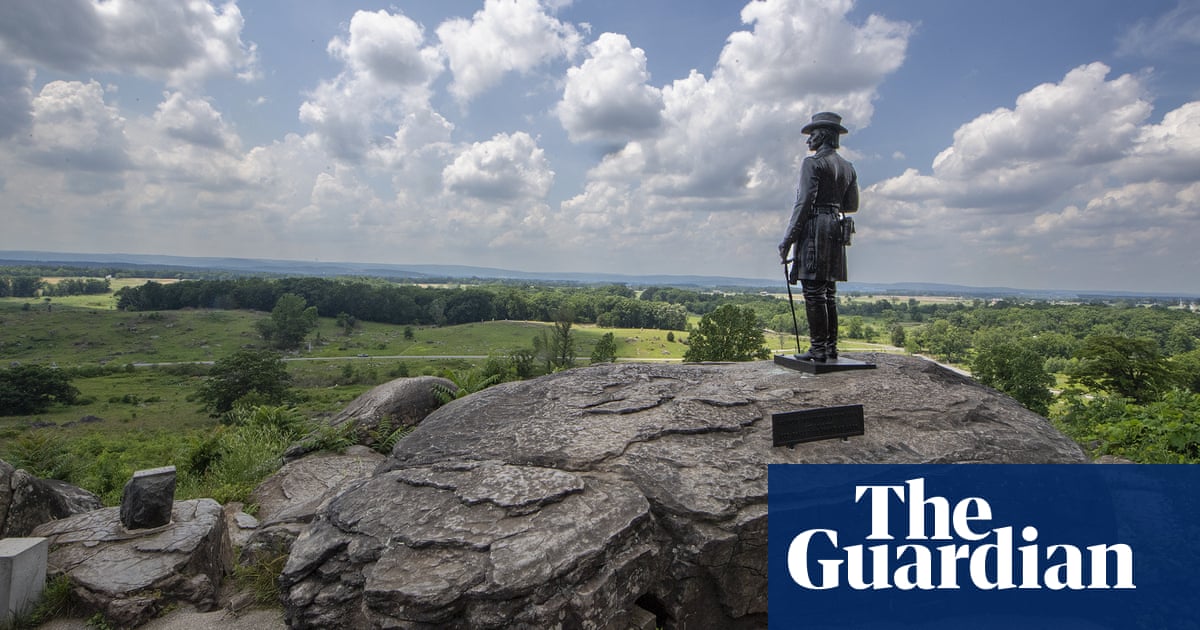 A man was rescued by emergency services after a tree knocked down by a strong wind trapped him in a portable toilet on the battlefield of the Gettysburg Civil War in southern Pennsylvania.

The Barlow Volunteer Fire Service announced on its Facebook page that it had been called to Little Round Top, a key scene for the Union’s victory over the Confederacy in 1863, in Gettysburg National Military Park just before 4 p.m. on Friday.

Assistant boss Joe Robinson told the York Daily Record that they found a tree on top of a vehicle, but no one was inside. Park rangers told them the tree had caught a man in the portable toilet.

Robinson said crews treated it as a car jam, cutting the tree with a chainsaw and then cutting the portable toilet with another saw.

“He was very lucky,” said Robinson, who said he had been a volunteer firefighter for three decades. “It was a big tree and it just missed hitting it. It could be very serious. “

The man was vigilant and spoke to responders as he was taken by ambulance to a hospital in Gettysburg with injuries that were not considered life-threatening.

Emergency crews in the region have responded to many calls for downed trees and wires, as well as fires during windy conditions, officials said.