The best Garmin watch ever created is designed for small wrists 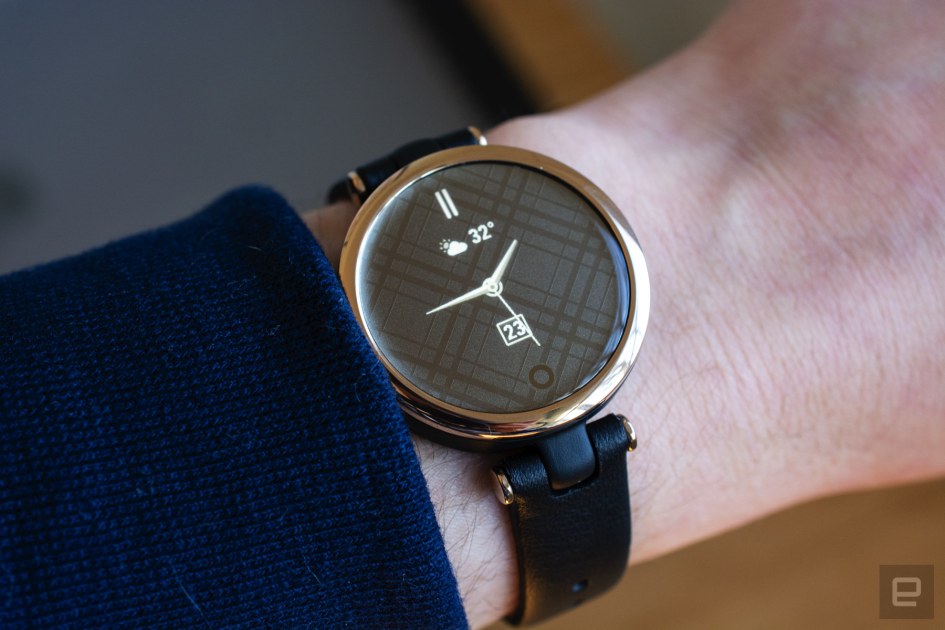 In addition to its size, there are some other features that the company says make the Lily a “female”

; device, such as the T-lug bars. There is also a “light patterned lens” that is located just below the dial of the watch to add a little texture. This design differs depending on which Lily model you choose and has six different styles in two categories: classic or sporty. The device I received had a wavy design, while our sales editor Valentina Paladino received a version with something like a checkered model. Because Lily’s touch screen isn’t always on and falls asleep when it’s inactive, you’re left with the lens model you need to look at.

The markings are fine enough not to interfere with the words and graphics of Lily’s monochrome LCD touch screen. Speaking of which, in addition to tapping and swiping on the display, you can also use the capacitive button at the bottom of the face to operate the watch. There are no physical buttons here.

Functionally, Lily offers a combination of features found on other Garmin watches such as Venu Sq and Vivomove Style. These two have full-color screens (and Vivomove uses AMOLED), but otherwise offer the same 5 ATM water resistance rating and monitoring of heart rate, stress, hydration, respiration rate and blood oxygen. Of course, because their displays are different, battery life also varies. Garmin says Lily will last 14 days of activity tracking (7 sessions at a time), which is the same as the Vivomove style, while the Venu Sq only lasts up to 200 hours of activity tracking.

Poll: Boldly by default II comes out today on a switch, you know?