The biggest messages of Apple WWDC 2021: iOS 15, macOS Monterey and others 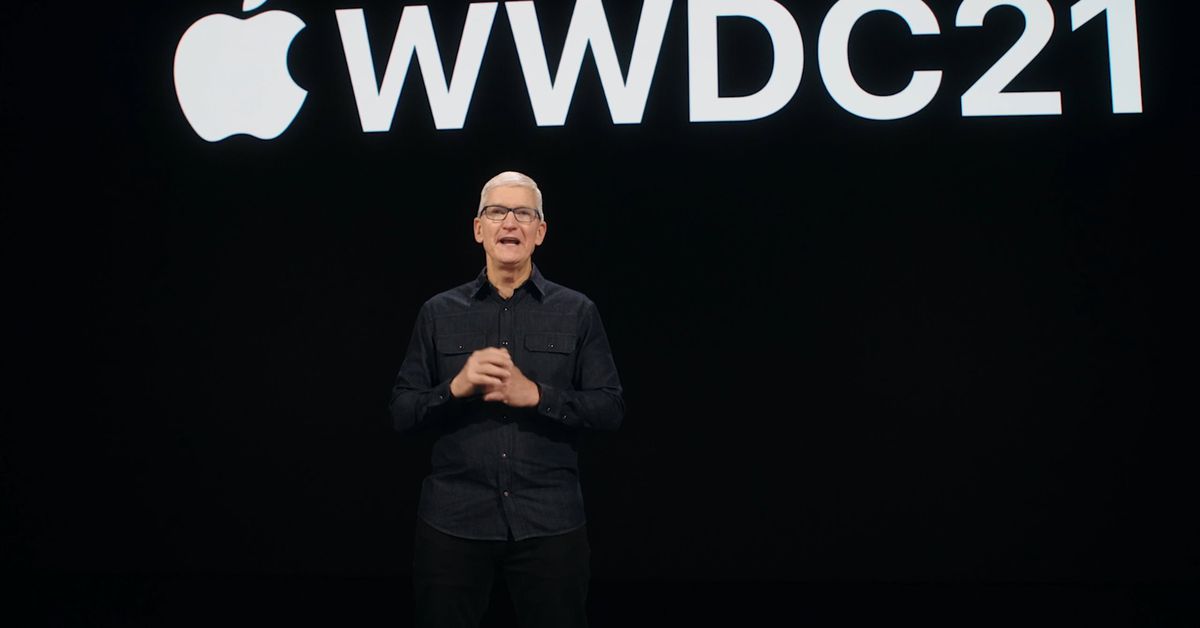 Apple has just completed its main note for WWDC 2021 and was full of news and announcements, including our first look at iOS 15, the new macOS Monterey, major improvements to FaceTime and more.

Our live blog has momentary comments on what Apple announced from Nilay Patel and Dieter Bon. But if you just want to know the elements with great tickets from the show, we have covered you here.

Apple has announced iOS 15, which brings improvements to FaceTime, such as surround sound, a new “SharePlay” feature that allows you to share multimedia with people in FaceTime virtually, Messages updates, a new look for notifications, the ability to set a different “Focus “Statuses, updates to Memories in Photos, redesign of the weather app and much more.

The new Apple SharePlay feature will allow you to watch or listen to content with other people virtually. Apple is also implementing a SharePlay API so that other developers can create applications that support this feature.

Apple’s new Live Text will digitize the text in your photos, which can allow you to copy and paste text from a photo, for example, or call a phone number that’s in a photo. Apple says it uses “device intelligence” for this feature.

Apple’s wallet will soon allow you to store your ID number digitally (in participating states in the US), which you will then use as ID at US airports.

With iPadOS 15, Apple will allow you to add gadgets to the home screen and access the app library, which debuted last year on the iPhone with iOS 14. Apple is also making improvements to multitasking, with new controls that make it easier to manage your apps, and you will be able to create applications with Swift Playgrounds.

Apple has announced new features focused on WWDC privacy, including that Apple Mail will block tracking pixels with Mail Privacy Protection and that Safari will hide IP addresses. Apple is also introducing a new tab in the settings called “Application Privacy Report.”

Apple will allow Siri to process voice requests on the device, which means that audio will not be sent over the network and Siri can accept many requests while offline.

Apple is introducing a number of new health-focused features, such as the ability to share health data with your families and healthcare providers.

Apple is making some new changes to AirPods, making it easier to find them on the Find My network and the ability to announce your notifications.

Apple’s iCloud gets a new private streaming service and the ability to create recording emails called “Hide my email.” They will be part of a new subscription to iCloud Plus, which will not be available at no extra cost to current paid iCloud users.

Apple will allow third-party accessory manufacturers to add Siri to their devices, Apple announced during the WWDC. The company showed it on the Ecobee thermostat in its presentation.

Apple’s next big release of macOS is called Monterey. One big new feature is the ability to use the same mouse and keyboard on your Mac and your iPad. The Apple Shortcuts app also comes on the Mac. And Monterey is adding enhancements to FaceTime, SharePlay and Apple’s new Focus statuses, which are coming to Apple’s other software platforms.

Apple is redesigning Safari with a new look for partitions and partition groups. And the iOS tab bar will be at the bottom of the screen to make it more easily accessible to your thumb. Web extensions also come for iOS and iPadOS.

Apple has announced that it will allow developers to use TestFlight to test their Mac applications. The company also announced Xcode Cloud, which allows you to test your applications on all Apple devices in the cloud.