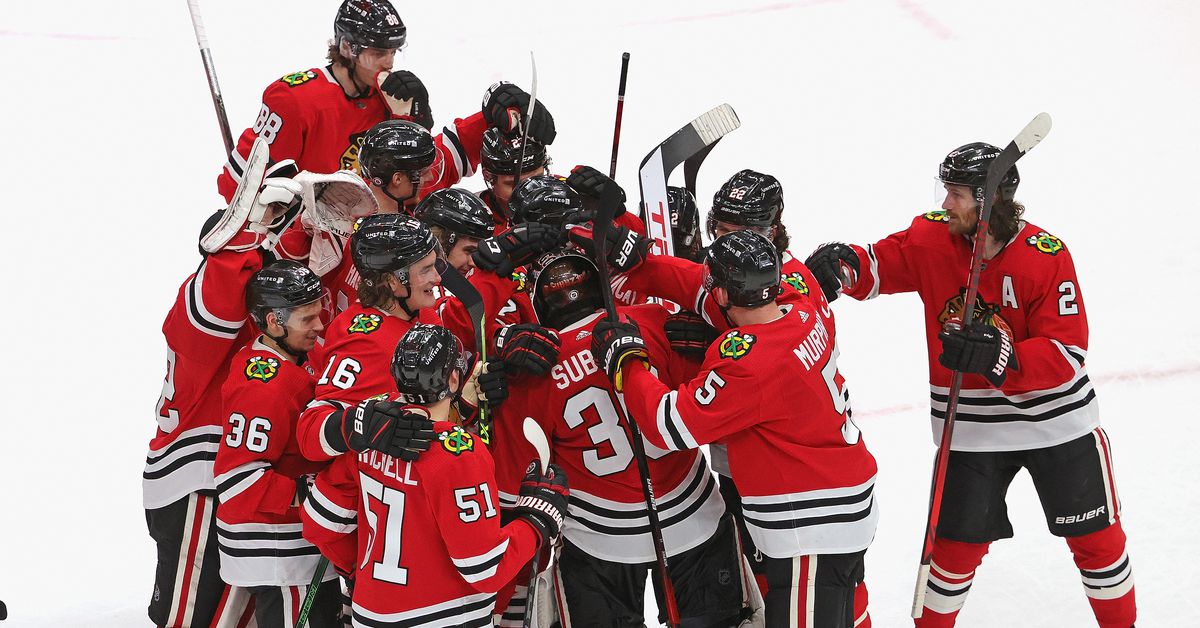 The Blackhawks responded after a devastating defeat on Thursday, recovering from two regulatory deficits and going through overtime to beat Lightning 4-3 in a shootout Friday night at the United Center.

Even on his first day of retirement, Brent Seabrook’s footprints were everywhere in the sand.

The longtime defender watched from his own apartment over the ice. After a slow start by the Hawks, a tribute video of Seabrook during the first TV break – and the ensuing applause from both benches – seemed to start the hosts.

After the emotional victory, Seabrook was in Hawks̵

“This victory was for him,” said defender Adam Bokvist.

Coach Jeremy Colliton added: “It definitely meant something to the boys. It’s good for our group to feel [Seabrook’s] supports. He wants us to win. He won’t be here every day, but he’s still part of the group. And it’s worth something. “

A series of huge saves by Malcolm Suban in overtime and a snipe from the top shelf of the center Philip Kurashev in the third round of the shootout gave the Hawks the first victory this season over defending champions for the Stanley Cup.

Winger Alex DeBrinkat’s two goals – moving him to second in the NHL with 14 this season – and winger Dominic Kubalik’s rebound in the third period helped the Hawks overcome the deficit 2-0 and 3-2 respectively.

However, Lightning controlled most of the game and had significant advantages in goal kicks (40-27) and goal chances (49-29). Leaving defender Calvin de Haan with an injury also hurts. Coliton said he did not think it would be a long-term problem, but could jeopardize his readiness for the series’ finale on Sunday.

“We weren’t good,” Coliton said. “We didn’t play very well. But we found a way. And this is a great incentive for trust. ”