The Brazilian city of Manaus, aimed at arson after the death of a criminal 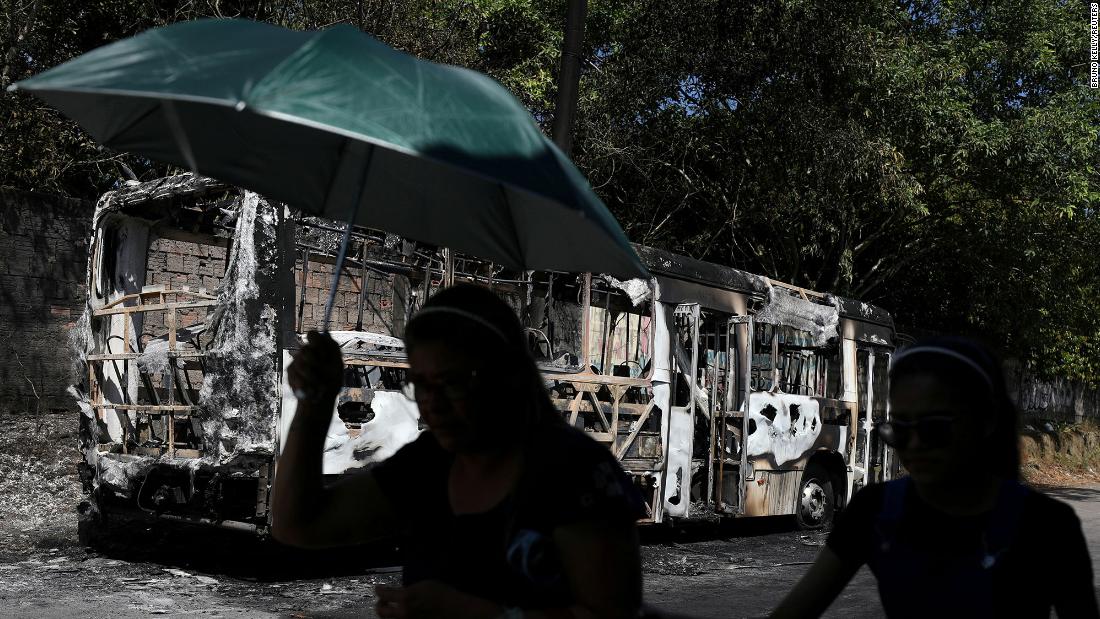 Government officials say criminal gangs in Manaus staged arson from prison in retaliation for the reported death of one of their leaders during a police raid on Saturday. Weekend damage images show burnt buses and bank offices full of rubble.

A message spread on social media, allegedly by a criminal faction known as the Red Command, called for an evening class in Manaus on Sunday afternoon. CNN could not verify the origin of the message.

But the threat of further violence already has a tangible effect on city life. Manaus businessman Guillerme Lins told CNN that he canceled his plans for Sunday after receiving the message on social networks and reading local news.

“People are afraid because they don’t trust the police to be able to control these attacks. I won’t go out until it’s over,” said Lins, who was born and raised in Manaus.

Amazon Governor Wilson Lima said on social media that he had ordered the police command to launch more patrols on the streets of Manaus on Sunday and announced the creation of a committee to investigate the crimes.

Manaus is a strategic outpost on the international road for drug trafficking produced in Colombia and Peru. The fight between rival criminal groups led to the massacre of prisoners in city prisons in both 2017 and 2019.