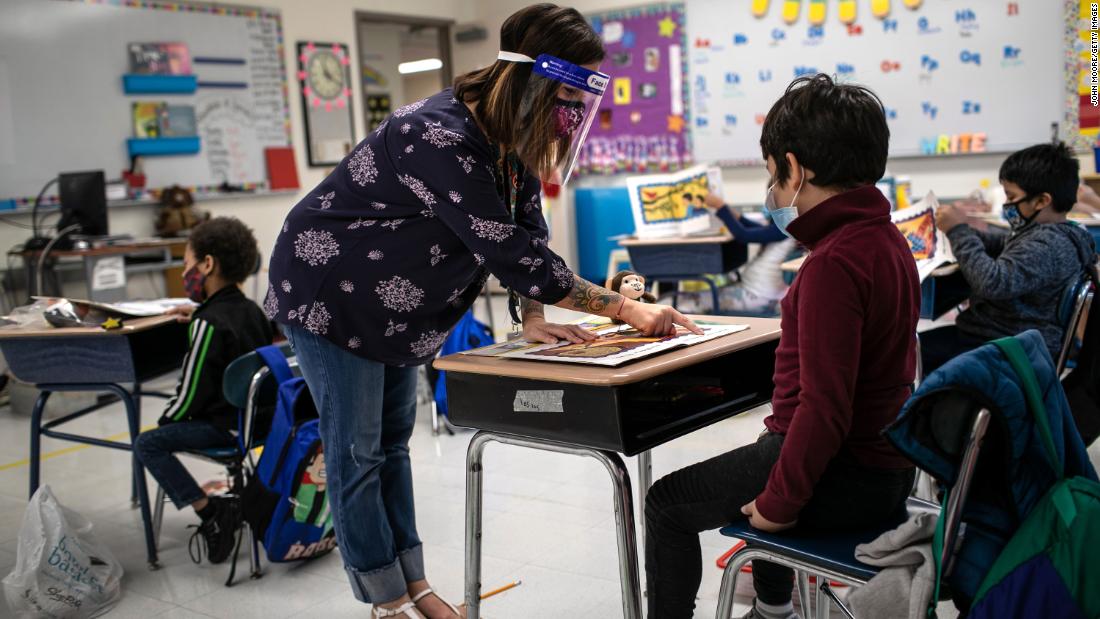 The report, published Wednesday in the weekly CDC Morbidity and Mortality Report, looked at more than 2.8 million laboratory-confirmed cases of Covid-19 in people aged zero to 24 from March 1 to December 12. More than 57% of these cases occurred in people aged 18 to 24. The cases in children and adolescents were parallel to those in adults in the summer and autumn – including jumps in cases in early summer, followed by a decline and then a sharp increase in October to December.

By early December, 62 percent of U.S. K-12 school neighborhoods were open to full or partial personal instruction. However, reports of school outbreaks are “limited,” write CDC researchers. The incidence of Covid-19 among the general population was similar in the districts with personal training – 401.2 cases per 100,000 people – and those that were online only – 418.2 per 100,000 people.

To prevent coronavirus transmission in schools, community transmission must be controlled, the report said. Communities and schools need to implement mitigation strategies, such as wearing masks, and people need to stick to them. The CDC’s recommendations already say that K-12 schools should be the last to close after all other mitigation measures have been tried and the first to reopen once it is safe to do so, the report said.

“When community transmission is high, cases should be expected in schools and, as in any group setting, schools can contribute to COVID-19 transmission, especially when mitigation measures, such as universal and proper camouflage, are not applied or followed. “, The report said.

The report has limitations, including that cases of Covid-19 are likely to be underestimated among young people, and trends in cases among teachers and school staff are not available.

President-elect Joe Biden has promised that his administration will reopen most schools within 100 days of taking office.

The UMC registration for 5,000 vaccinations was completed in just 5 minutes

Why did Inslee and DOH ease the guidelines for rebuilding schools in Washington? “The Seattle Times.”