The Chandrayan-2 moon orbit is shortened 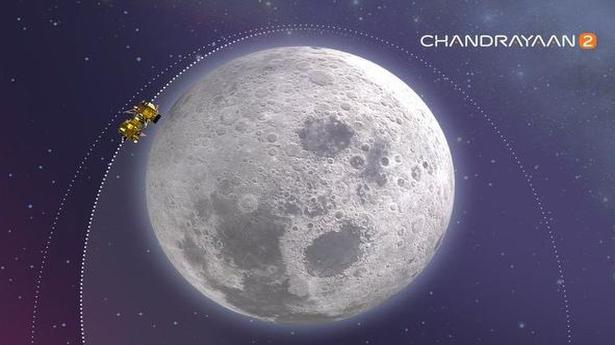 Chandrayan-2, a day in orbit around the moon, began staged maneuvers to shorten the elliptical orbit in preparation for the September 7 landing.

The Indian Space Research Organization (ISRO) said on August 21 that it was compressing the current elliptical orbit to 4 412 km at the far end of the moon. The orbit exercise is performed in about 20 minutes from 12:50 p.m. by launching onboard motors.

At the other end of the spacecraft is 118 km from the lunar surface. After the fourth maneuver, its orbit will become circular according to ISRO.

When inserted into the lunar orbit on August 20, the kum-kander orbit orbited the moon in an orbit of 1

The latest update states: "All spacecraft parameters are normal. The next lunar orbit maneuver is scheduled for August 28 between 5:30 and 6:30 IST. “