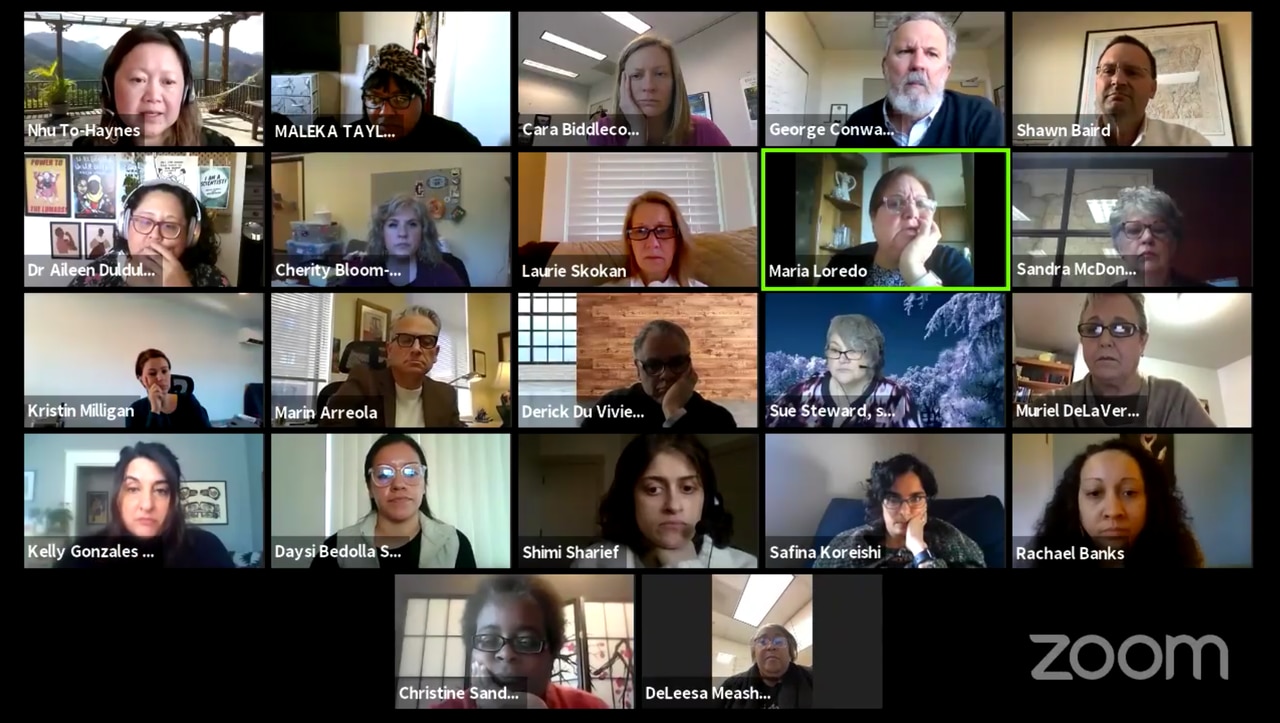 A state committee responsible for recommending the order of coronavirus vaccinations narrowed its preliminary list to 60% of Oregonians on Thursday, amid the first signs of tension over how best to tackle historical inequalities while being fair to all who need a vaccine.

The latest iteration of the 27-member committee’s recommendations will include two separate but overlapping groups totaling more than 2.5 million Oregonians. If the recommendations remain, they will be vaccinated after about 1

.4 million people, whom the governor has already identified as a priority for the shots.

For now, the Vaccine Advisory Committee recommends that the BIPOC communities, numbering about 806,000, and people with chronic diseases, numbering about 1.8 million Oregonians, be vaccinated next. They will be followed by health workers, senior residents and staff, prisoners, teachers and some senior citizens who are or will soon be entitled.

“We have real work to do to prioritize this,” said Callani Rafael of the Oregon Pacific Coalition in the Pacific for the group’s initial recommendations. “Otherwise we won’t get any priority, really.”

The group will review and possibly further narrow and then vote on the proposals at its next full meeting on 28 January. The committee has until mid-February to tell the Oregon health authority who should be vaccinated after the governor’s priority populations.

The health authority set up the group as part of Oregon’s declared 10-year goal of countering intergenerational racism by redesigning the health system. The agency said it would follow the committee’s recommendations if it accepted that they passed legal and practical collection, as well as obtain the governor’s approval.

But in response to the extraordinary challenge behind tackling a concept as amorphous and yet concrete as “systemic racism,” one of Thursday’s two proposals now comes first for health experts and government officials: focus on people with chronic illnesses.

The rationale presented by some proponents of the approach is that minorities are more likely than whites to suffer from chronic diseases that make coronavirus infection particularly dangerous, such as diabetes, cancer or HIV infection.

But the proposal was hardly original, given that the federal government is already recommending that people with chronic illnesses be vaccinated next, along with those aged 65 and over. Gov. Kate Brown has decided not to give priority to people with chronic illnesses, allowing teachers to be vaccinated on Jan. 25 and people 80 and older on Feb. 8, with more seniors being able to benefit weekly.

In light of the committee’s main goal – to help start Oregon’s battle against historical inequality – one committee member bristled when members suggested that people with health problems be given priority before or instead of minorities.

When these members objected, Kelly Gonzalez accused them of being complicit in trying to preserve white hegemony.

“We are also dealing with our own condition of white supremacy, as manifested in decision-making,” said Gonzalez, a member who represents Native Americans living in cities.

Ultimately, the list included blacks, locals, and other people of color, above those with baseline conditions. It is unclear whether the commission will eventually recommend that BIPOC communities be vaccinated before people with major diseases.

Last week, the group began its discussions with an extremely wide list and asked the health authority to analyze how it can vaccinate: BIPOC communities, refugees, people aged 16 to 64 with chronic illnesses, people eligible for vaccines who are in prison or prison, first-line workers who are already do not meet the conditions, people in multiple – homes for generations and people under 65 living in homes for low-income adults or in other municipal care.

A health official began the meeting on Thursday, saying perhaps the most practical way to meet the group’s priorities a week ago would be to target neighborhoods based on a combination of indicators such as demographics, prison populations and occupational risks. .

This will allow the health authority to focus on several committee priorities at the same time, said Rachel Banks, director of the public health agency.

This idea does not seem to affect the group much, especially since one member pointed out that vaccines are sensitive and bringing them to the right neighborhoods without losing doses can be a challenge.

Whatever the content of the final list that the commission sends to the state, its recommendations will have to deal with three main obstacles: the legal viability of the recommendations, Brown’s existing priorities and the availability of vaccines.

The state has already built a long queue of approximately 250,000 health workers and elderly residents who have not yet received a shot, 100,000 preschool, day and K-12 workers, and 768,000 Oregonians aged 65 and over.

However, where exactly millions of Oregons will stand in line behind them may depend on the committee’s forthcoming decisions.

COVID-19: That’s why those who wear glasses are much less likely to get viruses, researchers say

Tanzania COVID has made a “good move” – ​​but is it good enough? | Coronavirus pandemic news