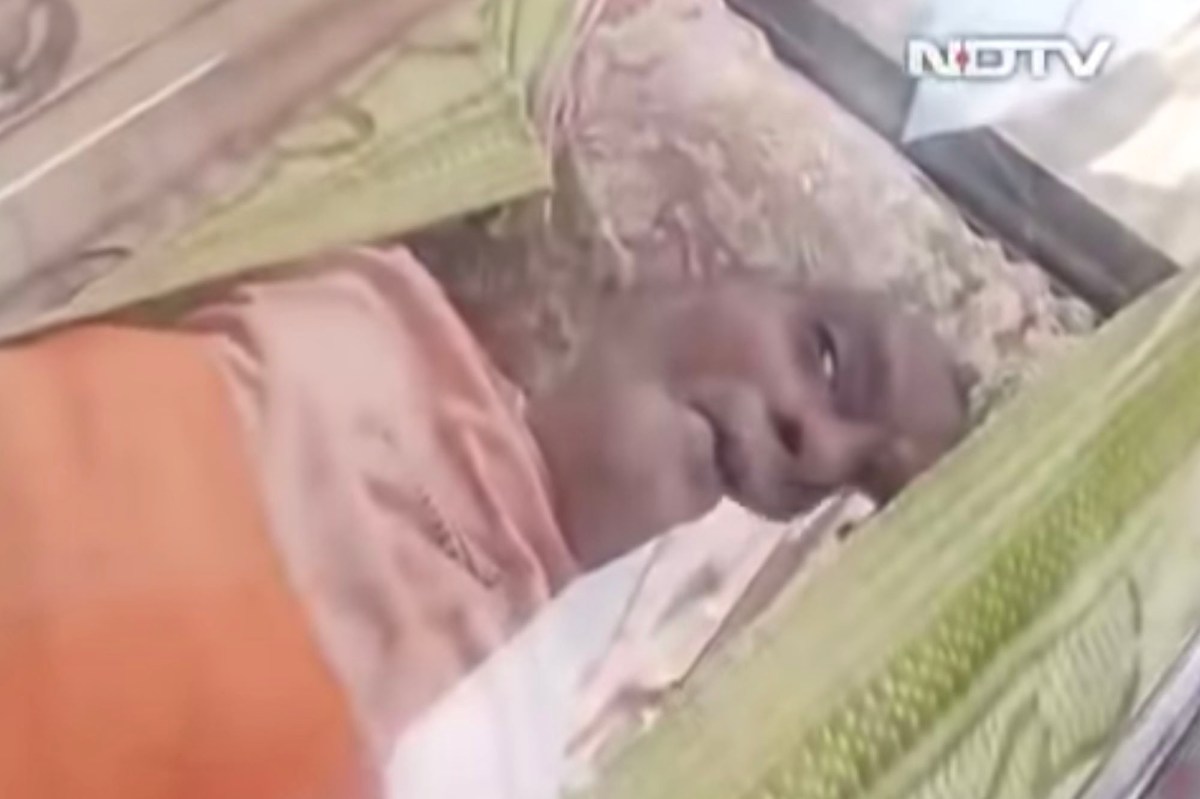 It was a miracle on ice.

An elderly Indian put it in a clear box with a freezer after his apparent death was brought out alive – when he was spotted moving after 24 hours in his icy coffin.

Balasubramania Kumar, 74, was placed in a frozen container so that his body could be preserved for the last rituals after his brother suggested he died in Kandhampati on Monday afternoon, the New India Express reported.

But when the freezer company employee returned at the same time the next day to pick him up, he noticed that Kumar was shaking and still breathing, the reports said.

“His hands are shaking, how?” a man behind the camera asked as he filmed Kumar in a video that went viral in India, according to the Independent.

Someone with him ̵

1; identified as Kumar’s brother, Saravanan – put him on “seizures”, according to reports, saying “his soul has not yet left him”.

Kumar was immediately taken to a local hospital in the town of Salem, reports said. “He responds to treatment and cooperates,” Dr. R. Balajtan told the Times of India.

The 70-year-old brother is being investigated for possible negligent behavior that endangers human life and an act that endangers the lives or personal safety of others, Indian newspapers reported.

However, he was not arrested and the brother reportedly may have suffered from a mental illness.

“We will take the necessary action against Saravanan after an investigation,” an official told the Times of India.