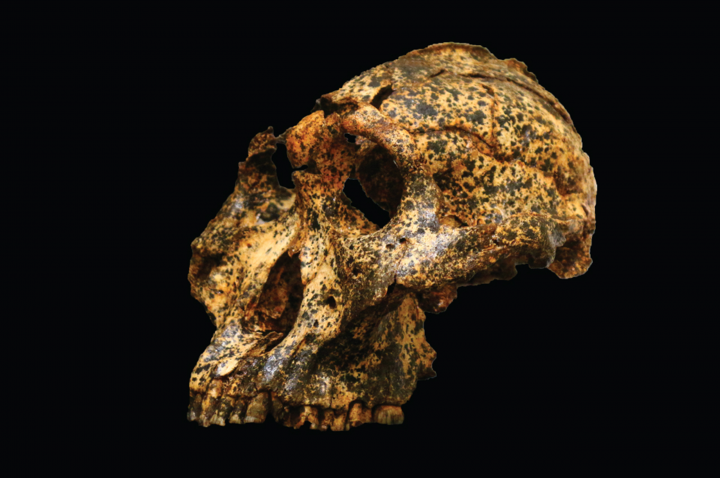 The fossil was a man Paranthropus robustus, a species that coexisted with our early human ancestors as a “cousin species.”

Academics from the Department of Archeology at La Trobe University in Melbourne, Australia, led the excavation and reconstruction of the rare skull with large teeth from Drimolen’s Main Quarry north of Johannesburg, South Africa.

Researchers described the fossils, which were discovered in 2018 on Father̵

Dr Angelin Lees told the BBC: “Most of the fossil data is just a tooth here and there, so having something like this is very rare, very lucky.”

She added that Paranthropus robustus appeared at about the same time as our direct ancestor Homo erectus, and the skull was found near the fossil child, which the team found at the same location in 2015.

“Through time, Paranthropus robustus it probably evolved to generate and withstand higher forces produced during the biting and chewing of food that was difficult or mechanically challenging to process with its jaws and teeth, such as tubers.

“Future research will clarify whether changes in the environment have put populations under dietary stress and how this has affected human evolution.”

Candidate for Dr. La Trobe Jesse Martin said the findings were published today in Nature Ecology and Evolution and could lead to a better understanding of our human ancestors.

Mr Martin said working with fossil pieces was like “working with cardboard” and that he used plastic straws to remove the remaining pieces of dirt.

He added that the discovery of the skull was a rare example of “microevolution” within the human race, showing that Paranthropus robustus evolved its symbolic chewing adaptations gradually, probably over hundreds of thousands of years, in response to changes in the environment.

Titan’s largest sea can be over 1,000 feet deep